Fish oil supplements do not help prevent heart attacks or strokes in people with diabetes, said a study Monday that adds to a growing body of research on the ineffectiveness of pills containing omega-3 fatty acids. 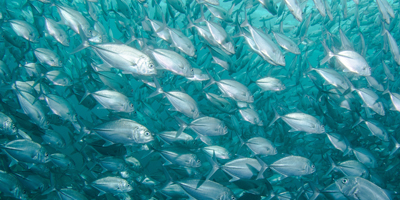 More than 15,000 people with diabetes but no signs of heart disease enrolled in the study in Britain, the results of which were published in the New England Journal of Medicine.

Half the participants were given a daily capsule of omega-3, while the other half received a placebo pill containing olive oil. The study was randomized and blinded, meaning that participants had no idea which they were taking.

Patients were followed for an average of just over seven years. Among those taking fish oil pills, 8.9 percent suffered a heart attack or stroke, compared to 9.2 percent in the placebo group, which was not a significant difference.

"Our large, long-term randomized trial shows that fish oil supplements do not reduce the risk of cardiovascular events in patients with diabetes," said principal investigator Louise Bowman of the University of Oxford.

"This is a disappointing finding, but it is in line with previous randomized trials in other types of patient at increased risk of
cardiovascular events which also showed no benefit of fish oil supplements."

Bowman concluded: "There is no justification for recommending fish oil supplements to protect against cardiovascular events."

In January, an analysis of 10 studies involving 78,000 people published in the Journal of the American Medical Association (JAMA) Cardiology also concluded that fish oil pills did not prevent heart disease among people at high risk.

Some observational studies have pointed to an association between higher consumption of fish and lower risks of coronary artery disease and stroke, but more rigorous, randomized trials have not supported this link.

What do you think of these findings? Do you take fish oils?

After a heart attack, it is necessary to resume doing sport or to start doing it