Sandrine60, a member of Carenity France, agreed to share her story about her journey with Cushing's syndrome.

First, can you tell us a little more about yourself?

I could start like one of my favourite songs: "Let me introduce myself, my name is Sandrine, I would like to make a success of my life and to be loved..."

As a child, I asthma. Sometimes I would stay on oxygen for weeks on end. To treat this respiratory disease, I was prescribed high-dose cortisone for several years. It made me puffy and a lot bigger than my girlfriends, which made me the butt of many jokes. Children can be really mean about how other people look and I really suffered because of it.

When I turned 16 I went to my doctor and told him I wanted to stop my treatments because of all the teasing. He prescribed me cortisone syringes in the case of an attack. And with time, like deflating balloon, I started to rediscover my facial features, I started to look like my parents again and receive less criticism from others.

I became a mother with the arrival of my first child, Enzo, when I was 21. When I found out I was pregnant, he became my priority. I put my studies on hold to be able to love him and take care of him to the best of my ability. I eventually remarried, and at 26 I gave birth to an adorable little girl, Camille. We became a blended family with a lot of love to give to one another. But all this happiness couldn't stop the negative feelings I was harbouring deep down about myself. I always thought I was fat, I didn't love myself and this lack of self-confidence eventually tore my family apart. I then moved to Beauvais, in the region just north of Paris.

You experienced diagnostic delay. Can you tell us a bit about that? How did you react? What tests did you undergo?

When I was 30, I discovered that I had Lynch Syndrome, which is sometimes called hereditary non-polyposis colorectal cancer (HNPCC). I have follow-up appointments for this condition every 2 years. I took the diagnosis like a warrior, my ex-husband also supported me a lot. And I thank him infinitely for it.

When I lost my mum, I gained 10 kilos in a month, but I eventually bounced back from it. I exercised a lot and I was careful about what I ate. Then in 2018, I found out that I was pregnant and my husband and I decided not to continue the pregnancy. After that, I kept gaining weight for no reason. When I went to my doctor to tell him what was happening, he just said: "Do you eat a lot? Have you stopped exercising?" And of course, none of that was going on, I could feel that something was wrong in my body. I felt really sad, I would try pretend everything was alright front of my friends, but my heart wasn't in it. I felt like my doctor wasn't listening me and didn't believe me. So I gave it some time, I bought and ate all kinds of diet and weight loss products. But I kept gaining weight, I was extremely tired and exercising became really painful for my body. What was happening to me?

After some time and almost 12 kilos more, I went to see another young doctor. He listened to me, had empathy and told me quite naturally: "I think it may be Cushing's syndrome. Let's do some tests to make sure". He told me to make an appointment with an endocrinologist.

I started with tests on my thyroid, then tests for diabetes, then the thyroid again and finally blood tests to check my ACTH levels followed by urine tests. On reading the 24 hour urine test, my endocrinologist called me and told me that I was secreting 4 times more cortisone than the average person. This allowed a diagnosis to be made. Finally, I could put a name to the illness that had been devouring me inside and out! I had become a mere shadow of my former self; I refused to see my friends, I hid, I cried, I was ashamed, I wanted to live but at the same time I wanted to die so from all the suffering I was going through. The many comments about my body had really affected me. My husband and children have both suffered a lot from seeing me this way. It also took a toll on my Intimate life with my husband. He was patient, even though he loved me, I could see in his eyes he was in pain too.

What followed the diagnosis?

The exams, pet-scans and blood tests continued and Cushing's syndrome was finally confirmed. My right adrenal gland was completely destroyed because of an adenoma. I told my family and friends, they were relieved and happy for me. After my appointment with my endocrinologist in May 2020, I booked an appointment with a surgeon who was familiar with Cushing's. He booked me in for a surgery and told me: "You'll have a new life after this". I was so happy to finally find myself again. I knew it would be a long and hard journey, but it didn't matter, I knew I would hurt, but I was ready. Waiting for the surgery, I gained 8 more kilos, 26 kilos in total. I had hair on my chin, a triple chin, burst blood vessels everywhere, impressive haematomas, I couldn't sleep, I was depressed... But I had a date, my date, my rebirth, my liberation.

How did the surgery go? And how did you feel post-surgery?

The long-awaited surgery day finally came. After the surgery, my body was aching, I could hardy move. I wasn't upset, though, because I could feel it was the beginning of something new. A new era for me. I left hospital the next day, with a treatment: hydrocortisone, to be taken until September at least, in 0.30 mg doses. The recovery was hard - my legs were swollen with fluid. Following this, my endocrinologist told me to reduce the doses by half, but to always have a box of hydrocortisone with me if I ever felt dizzy. I also suffered from heavy diarrhoea, muscle aches and I had trouble walking. I went back to work in September 2020. At the same time, I did balneotherapy (mineral baths) to regain strength and flexibility. My GP asked that I be put on partial medical leave from work, for me to rest and for more balneotherapy sessions. It has truly changed everything for me, I've been able to take some time for myself to take care of my body. I've been getting better each day. I congratulate my endocrinologist for recommending it to me.

This operation has changed my life. I've recovered my happiness. I also want to see friends and family again. I feel better today, but it's true that the fear remains. I wonder if the disease will eventually spread to my remaining adrenal gland, or if my pituitary gland is not already affected.

Are you happy with the care you received? Do you think there needs to be more awareness for Cushing's syndrome among healthcare professionals and the general public?

I wish that care was more thorough, to silence the doubts that people suffering from this syndrome can have, the same way it's done for cancer. A CT scan after the surgery, to be reassured about the future.

The reason I am sharing today is for all those people who are unaware of their illness, because there is a great lack of knowledge of Cushing's, both among health professionals and among the population at large. Doctors and surgeons should be better trained in "new diseases". One person in a million is affected by Cushing's syndrome. I feel like there are more of us in the world than that, but still remains unknown to many. Doctors often tell you that it's depression, poor diet, and patients feel guilty for it.

We have to listen to these people better, they know their bodies, they need specific care. No, we are not crazy or bulimic, our body is trying to warn us. We have to listen and talk about it.

Is there anything you'd like to say to the Carenity members reading this interview?

I hope my worlds can help. I like to respond to newcomers on Carenity, to express my compassion and give them hope. It's important to me.

Thank you Sandrine for this testimony. 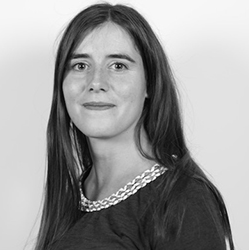 I hope that this message finds you as well as can be? I am fine here in the southwest of the UK.

I have read your testimonial and it is with nothing but admiration of your resilience to over come each obstacle thrown at you. You surely are a fighter. I am so glad to hear that life has settled down for you now. This disease has been know about in medical circles since 1932 when an American neurosurgeon called Harvey Cushing first described it. The treatments are really varied and many follow the cortisol-like medication which if used to excess can in turn can cause the syndrome.       I just hope and pray that your endocrinologist has finally found the right regime for you?? Good Luck.

"I'm still having COVID-19 symptoms weeks after I left hospital!"

Coronavirus: "They Had to Put Me in a Coma"