Driggs09, member of Carenity US, graciously accepted to share his story. He is currently in treatment for Hodgkin’s lymphoma, a cancer of the lymphatic system. He recounts his journey from diagnosis to treatment and how he is keeping both active and positive through it all!

Hello Dan, thank you for agreeing to share your story with us. Could you introduce yourself in a few words?

Gladly! My name's Dan Riggs and I'm now 63. I worked in mechanical engineering for a good part of my life and it was a happy and productive time. I did retire 8 years early on account of another serious health problem, but eventually left home (Connecticut) a little over 3 years ago to spend time traveling and sightseeing around northern New England.

It was a lot of fun just going through small towns and meeting new people. I also camped quite a lot. I hope very much to continue this on an electric bicycle that I'm building from an older 1983 Raleigh bicycle that I've recently purchased. I hope and pray that I can continue the adventure and it's looking good at this point...6 months of chemo will be done in a week and I'm so relieved! 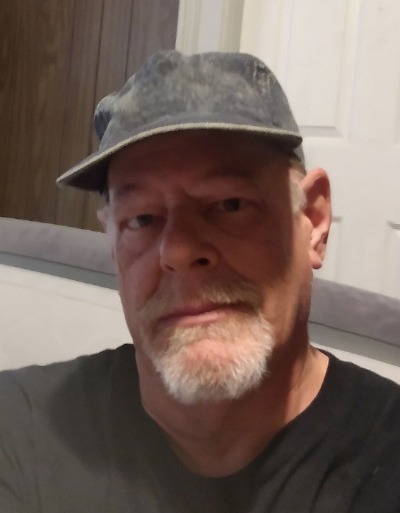 What were your initial symptoms of your Hodgkin’s lymphoma? And what let you know that something was wrong?

Around 14 months ago I just felt that I lacked energy. At first, it was just late in the day. I just assumed it would pass, but it didn't, of course. And then I began to itch and sweat at night. I'd say this was 2 months after I first began to feel worn down. I'd say that after 4 months I was very concerned.

Diagnosis took a while. I started to see doctors, usually at walk-in clinics, and twice went to the ER, if I remember correctly. By August of last year I felt like I had a bad case of the flu and the constant itching was probably the worst part, I couldn't turn it off no matter what I tried. I was so tired every day...

Finally a very good doctor at another walk-in clinic in Springfield, Massachusetts nailed it: a blood workup gave him results that he'd seen before and although a solid diagnosis couldn't be made quite yet, he pretty much considered lymphoma a certainty. Obviously he couldn't tell me directly, but he did give me enough information to figure things out on my own. I had a CAT scan on September 3rd, followed by an MRI and PET scan. I'd have to guess that the biopsy was done in early December, but things are cloudy and this timeframe is close.

How did you feel after you received the diagnosis?

That's a tough one... Maybe a sense of the unreal or denial, but alternating with fear and a sense of plans slipping away. It took a while, maybe weeks, to begin to accept that I had a long road ahead of me and it wasn't one that I'd chosen. I'll just say that I was in awful shape physically as well, by this time I could hardly keep food down and I'd black out often when I tried to walk or exert myself in any way. I began to feel real despair for the first time that I can remember, stuck in a strange city after traveling and knowing nobody there. Lonesome fits too, I think, I'd never known what that felt like. I was always fine in my own company.

Anyway, I rented a room month-to-month in the vicinity of the hospital and just tried to pass time until I could begin treatment. Senior services did help some, they were great.

What treatments are you undergoing for your Hodgkin’s lymphoma? How are you coping with them?

I began a 6-month stretch of chemotherapy almost 6 months ago now. Just one more round left next week, thank God! I was terrified, I just couldn't imagine feeling any worse than I already was. A wonderful member of the infusion room staff greeted me (I'll give her name as just Laura) and she has treated me ever since at chemo. She was a godsend, the very best of people and I consider her as a valued friend now. Thank you Laura!

She explained that I'd actually feel better after starting chemo. I was so surprised. Also by this point I was very screwed up, it couldn't make things any worse. She was right: after two weeks I did feel a little stronger and was able to walk around the block, although it took quite a lot of effort.

I was nauseated and sick often of course, but I kept pushing hard to get outdoors walking and then riding a bike. I sincerely believe the bike saved me from all kinds of trouble, the more I rode the better I began to feel. Sure, I still blacked out and fell off the bike often, but after a month this stopped too and later I found that much of the problem here was dehydration. And yes, my friend Laura warned me and worried that I was overdoing things. But she encouraged my efforts anyway.

I also just wanted to say that I slipped badly once in my treatment: after 2 months of chemo, I'd been awake for close to 3 days and felt awful. I'm not a drinker, never was really, but I wanted to sleep. Well, after drinking something like a quart of vodka, my landlady found me on the floor and off I went by ambulance, of course. That stupidity landed me in the hospital for 4 days. But I don't beat myself up over it...

How is your relationship with your doctors and other healthcare staff?

In a word? Great. The Sister Caritas cancer centre in Springfield, Massachusetts is awesome.

How do you stay positive in the day-to-day?

I just feel that life is good and also worthwhile. Yes, I'm very serious about this! I'm excited about getting on with it now.

Do you have any advice or words to share with others going through a cancer diagnosis?

The comment above says it best for me. Life really is good.

Just a few. Get out...Even when it hurts. Please don't stop being active. I'm convinced that this made me heal as much as anything else. It looks like I may be in remission, pending more tests (after a 6 week break from my last chemo). I hope everyone here "gets" that the people in your life won't understand chemo, what you're going through, and so on. But consider that they are just doing the best they can. I've had a support system of just one for the most part in my brother Gary, who'd come up from Connecticut whenever he could, and to his credit he researched the hell out of Hodgkin’s and lymphoma in general. Thank you Gar! His kind efforts helped me hugely.

Many thanks to Dan for agreeing to share his experience with us on Carenity.
And you, how do you stay positive through treatment? Feel free to share your thoughts and experiences in the comments!

What fantastic positivity! I aspire to be that way!

My first husband died of hodkins disease ,when we first got married he was fit and healthy but he was a very violent  husband he put me through hell and back i had 2 beautiful children by him and my first child was a rape  ,but when we got divorced he married again and was very violent to her ,he win a lot of money on the football pools and he went for a holiday in carribean ,while he was there he fell really ill so they sent him back home when he came back he was diagnosed with hodgkin's lymphoma but he had cancer in his blood which affected his nervous system, he had transfusions after transfusions, but he went down hill fast ,he rang me up and said he wanted to see me so i said i would go ,i was asked to go in and he looked like a skeleton it was heartbreaking to see i know how cruel he was but i sat down beside him and he said he was sorry for all the pain he had caused me he said please forgive me ,i said i cant forgive you because you have left me like an emotional wreck ,but i got up kissed his head and i told him go in piece or go to hell ,but when i got out side i just broke down because i thought when we got married it was for life but all the beatings ,stalking and threatening he did i couldnt forgive him because he said he was going to put me in a box but now he was going to be in one before me ,i think really i felt relief but there is no way i wanted to see him like he was about a few days later he passed away in his mother's home but i wasnt allowed to go to his funeral but they wanted my babies there and i said no he didnt want them when he was alive and i wasnt going to let my babies see him go in a cold grave but my daughter is angry that i never let her go but my 2 sons understand, i only wish i could tell her what her father was like but i cant as i dont want her to know how cruel he was i just hope she forgives me in time Tiger

Stiff person syndrome (SPS) and Hodgkin's lymphoma: "They had never seen a case like mine!"