For the occasion of World Endometriosis Awareness Day, Carenity conducted a short survey about the suffering that some women have to go through and that has long been overlooked. 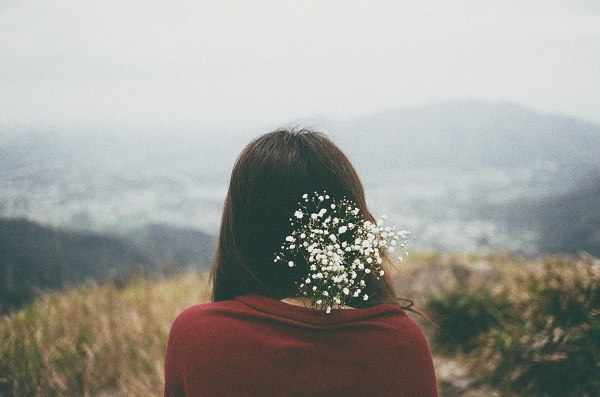 Up to two in ten women are affected by endometriosis, which makes it 180 million women in the world. And yet, there is no cure for this disease, discovered in 1860, and the care is still unreliable.

A condition that disrupts life

Endometriosis changes the life of women. 19% of respondents mention such symptoms as dysmenorrhea (painful periods), 17% - lower back pain, 14% - dyspareunia and digestive disorders. But it also provokes chronic fatigue (12%), uterus contractions and nausea (10%), and in some cases even vertigo and loss of consciousness and infertility (2%).

These distressing symptoms invade all sides of a woman’s life, social and work life being under a considerable impact. Thus, 78% of our respondents have already taken time off work because of this condition, which in some cases was the reason for leaving the job or even for not starting it at all (“I have had to leave various jobs due to taking too much time off due to sick leave”; “Prevented my going to work and starting uni”), and 56% have missed an important event, referring to “difficulty planning events in advance” and “not being able to stay outdoors for long periods of time”.

It comes as no surprise that such suffering makes patients consider a hysterectomy (uterus removal). Having been forbidden for a long time, this operation has now become almost “trendy”, after being openly discussed by celebrities, such as the actress Lena Dunham from the USA. 33% of our respondents also confirm having undergone this operation.

It is however worth mentioning that hysterectomy does not “cure” everyone. It is only possible for women suffering with a so-called “endometriosis interna”, or adenomyosis, causing damage to the internal lining of the uterus, and not to the external one, as it is the case with “classic” endometriosis. Moreover, there is a risk of relapse, if the ovaries are still there and new lesions are formed.

This is probably why doctors are not so willing to give in to patients’ requests (11% of the respondents confirmed that their doctor had refused to carry out the operation), and why patients are not more willing to discuss the issue with them (22% have considered a hysterectomy, but have not yet mentioned it to their medical team).

Endometriosis is an ordeal for women affected by it. Pain, discomfort, suffering, depression are words that come up when the condition is described by patients.

“The pain associated is sometimes too much to handle”. “I feel totally lethargic and miserable, depressed and suffer from severe pain even when I'm not on my period”. “I was unable to carry my child […] I was bleeding 3 and a half weeks out of 4 weeks”.

Endometriosis often becomes the cause of other conditions developing even after the menopause. “I had a very heavy period for over 1 year leading to chronic anaemia. The anaemia was so bad I needed a transfusion”.  “I am still suffering from the effects of endometriosis of the bowel, nearly dying from a blocked bowel and now having adhesions from the surgery 20 years ago apparently linked to endometriosis these make me have constant pain and an operation to separate my organs is too dangerous”.

However, some of our respondents have succeeded in reducing their symptoms or even getting rid of them: “I have now got the implanon [Etonogestrel birth control implant - M.] in my arm which has worked I have no periods and life is now great”. “Since my menopause none [= no symptoms - M.] as it naturally stopped when I stopped having periods. […] I had to go on a male hormone to stop my periods for 12 months to enable me to have a chance of getting pregnant. It worked in my case which was wonderful.”

Getting a proper diagnosis

Knowing that it may take several years to diagnose endometriosis, raising awareness of this disease is vital. Among the women affected by this condition who have completed our survey, 56% were diagnosed more than 10 years after the onset of their symptoms, and 44% received their endometriosis diagnosis between 3 and 10 years after they first experienced symptoms.

Paying attention to one’s health is extremely important: unbearably painful periods, the failure of pain killers to make it better can be one of the signs. But it is also crucial for healthcare professionals to get better acquainted with the disease and its treatment, so as to be able to provide assistance and support for those in need. And yet, among 86% of our respondents who have been suffering with painful periods and for whom pain killers like paracetamol have no effect whatsoever, 83% have got nothing out of their doctors other than another painkiller prescription or no solution at all.

That is why it is essential that more people become aware of this condition, its symptoms and especially its consequences on the woman’s health.

According to our respondents who are affected by the condition, 67% feel that this condition is only known to women, not to men, while 44% agree that people have been talking more about it and now almost everyone knows what it is. At the same time, 22% of the respondents are convinced that no one knows what endometriosis is, and 11% consider that the condition is still a taboo.

Indeed, among other respondents who are not affected by endometriosis, about a third have confessed they are not quite familiar with the disease and do not know how manifests itself. However, 58% agree that the condition is a real ordeal for women, and 26% consider that the awareness level has been rising lately.

Thus, 40% of our respondents have a friend or relative suffering from endometriosis, with whom more than 60% talk regularly or whenever the person is not feeling well. Only 12% of them prefer not to discuss issues related to endometriosis as according to them, it could bother either themselves or the person concerned.

Every year, a march organised in support of those who are suffering with endometriosis, but also aiming at raising awareness of the condition among general public, takes place all over the world. This year, it will be held in London on March 24th.

For more information about Endomarch, please visit http://www.endomarch.org/ or https://www.endometriosis-uk.org/.

How were you diagnosed?

Thanks for sharing this article. I believe it is again the month of endometriosis this year in March.

How were you diagnosed?

Endometriosis: What impact does it have on fertility?

Patient Testimonial: Cluneal Neuralgia - The pain is still there, but she fights to stay positive

Endometriosis: Everything you need to know!