Everything you need to know about bipolar disorder!

Bipolar disorder is a form of depression characterised by abnormal mood swing that alternate between depressive and manic episodes.

What are the symptoms of bipolar disorder? What are depressive and manic episodes? How is bipolar disorder diagnosed? Are there different forms of the condition? How is it treated?

What is bipolar disorder?

Bipolar disorder, previously known as "manic depression", is one of a number of mood disorders such as clinical depression.
In its most typical form, bipolar disorder has two phases: the manic phase and the depressive phase. Between these two phases, the patient returns to a normal state (a symptom-free interval) called "euthymia".

What is a manic phase?

This phase is defined as an episode of pathological excitement. The patient is hyperactive, euphoric and has racing thoughts. He or she can present various behavioural disorders, lose his or her inhibitions or engage in reckless spending. 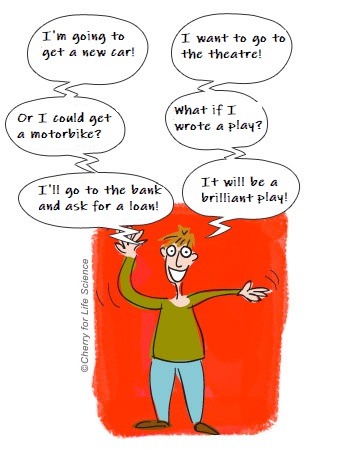 The most common symptoms during a manic episode are:

What is a depressive phase?

This phase mirrors the manic phase. The patient shows signs of great sadness, loss of physical and mental energy and loss of interest in anything. Depending on the severity, patients in a depression episode can experience suicidal thoughts. The most severe forms are described as "melancholic," and are practically unable to feel pleasure in any form. 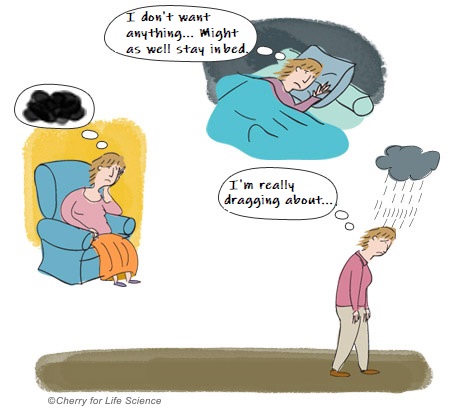 The most common symptoms during a depressive episode are:

How is bipolar disorder diagnosed?

For patients suffering with bipolar disorder, a psychiatrist performs an initial medical check-up. Usually, he or she works in collaboration with other health professionals such as the GP, the occupational health physician or the school health physician.

The psychiatrist therefore carries out a complete clinical evaluation by interviewing the patient and his or her family members about the symptoms and by retracing the history of manic and depressive episodes that have already occurred: their frequency, type, triggering factors, etc.

There are certain criteria that help in making the diagnosis, such as:

For 30% of patients, bipolar disorder appears during adolescence (between 18 and 24 years old). Women and men are equally affected. Bipolar disorder is diagnosed late, often 8 to 10 years after the onset of the illness.

Are there different types of bipolar disorder?

There are several classifications of bipolar disorder, the most common being:

These phases vary in intensity, duration and frequency from person to person. The duration of episodes and the time between each episode can range from a few days to months or even years.

The phases of bipolar disorder can occur in different ways:

*Hypomania is a lighter form of mania and often goes untreated, the symptoms being limited to physical and mental hyperactivity and sleep disturbance.

How is bipolar disorder treated?

In case of bipolar disorder, mood stabilising treatment is prescribed to the patient. These long-term treatments reduce the symptoms and prevent relapses.

Generally, these treatments are offered from the third episode of bipolar disorder onwards. However, if the first episodes have had serious social and/or professional consequences, they can be prescribed earlier.

There are different kinds of mood-stabilising treatments. Since the 1980s, one of the most widely used is lithium. In case of intolerance to this treatment, other mood stabilisers can be prescribed:

If lithium is taken, the patient must undergo regular blood tests to monitor the amount of lithium in the blood in order to avoid certain side effects (trembling, drowsiness, nausea, weight gain, etc.) induced by too high doses. To check the treatment tolerance, the patient will also have to regularly undergo other tests, such as further blood tests and monitoring of both the heart thyroid gland.

In order to avoid any recurrence, treatment must be taken for a prolonged period of time (sometimes for life). However, treatment can be stopped when the patient's mood has been perfectly stabilised for at least two years. This must be done only following the GP or psychiatrist's guidance and under strict medical supervision.

Bipolar disorder: What are the different treatments?

There is hope with bipolar disorder!

What triggers your bipolar episodes?

What treatments have you tried for bipolar disorder? What works for you?