Castleman disease: "It is possible to live with the disease thanks to great medicine!"

Laus 77, a member of Carenity Germany, tells us about his life with Castleman disease, the diagnosis, the treatments and his future.

Hello Laus77! First of all, thank you sharing your story with us on Carenity.

First, can you tell us more about yourself?

My name is Werner, I am 43 years old and I am currently unable to work due to my two cancers. I live alone with my dog, a golden retriever named "Bonnie". 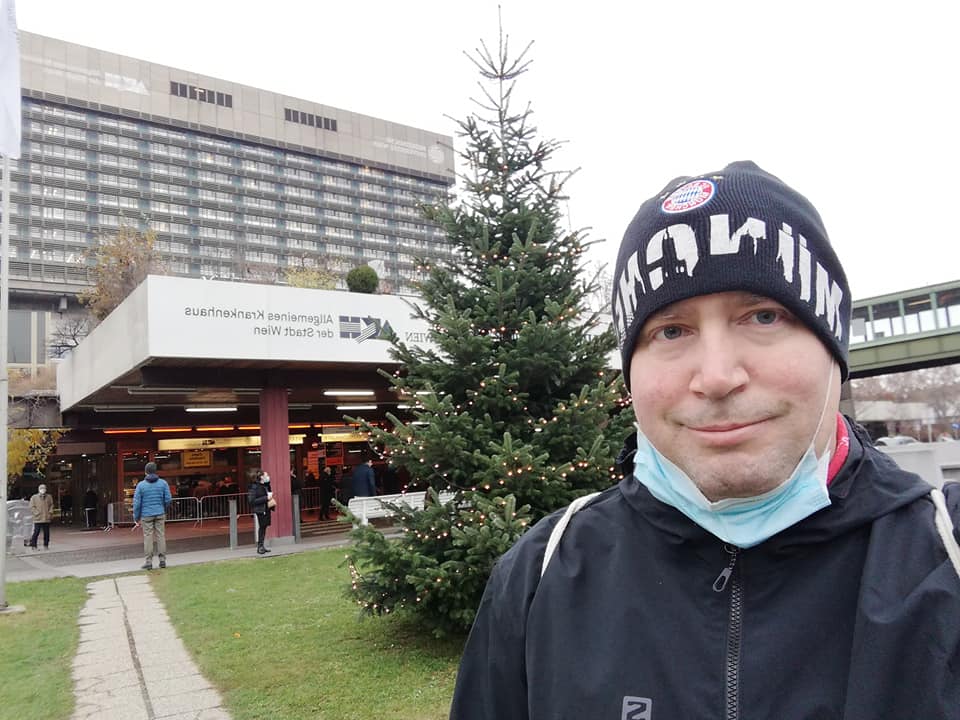 I have a brother who lives in the next town and has a son. My parents and grandparents have all sadly passed. But I have a few aunts and uncles and also many cousins. They make up my large family and close friends.

How was your Castleman disease diagnosed?

It was diagnosed more or less by chance. After a dental operation I went to see an ENT specialist who, after an ultrasound, a prescription for antibiotics and an MRI scan, sent me to hospital. A sample was taken from the lymph node in my neck. Four days later I underwent surgery and was examined histologically. The results came in: it was Castleman disease.

What symptoms did you experience?

I still had swollen lymph nodes on the left side of my neck three to four weeks after my dental surgery. After seeing the dentist (who told me that normally after two weeks everything should have been fine) I went to see the ENT I mentioned earlier.

What treatment did you receive?

I underwent a biopsy of the iliac crest (which was very painful, but fortunately it came back negative) and a PET (Positron Emission Tomography, which is a test combining 2 images: a gamma scan and a CT scan). A swollen lymph node was then found in my left groin. It was then removed during another operation (very painful, as I was fully conscious) and examined histologically.

At some of their meetings the cancer medical board discussed treatment with Siltuximab (a monoclonal antibody). But, they failed to inform me that my health insurance would not cover the treatment! It was a shock, of course.

Fortunately, in the meantime I got a second opinion from a specialist in Vienna, who was recommended to me by some good friends. So I went to the Vienna General Hospital (AKH) for a study. According to this specialist, I would have ended up in his office sooner or later anyway because he is THE specialist in this field (haematology) and was overseeing all the rare cases like mine.

Are you happy with the care you received (consultation, diagnosis, treatment) and the information you received about Castleman disease?

Yes, on the whole, I am very satisfied with the consultations, the diagnosis and also the medical board meetings. Of course, I should have gone directly to the AKH in Vienna, but because of a previous treatment I had undergone, I had developed a very strong aversion to this hospital and so I put my trust the doctors in my province first.

Of course, Castleman disease was also explained to me in detail, but as an inexperienced person you usually don't understand much. I had to really study Castleman disease in detail until I was a little more familiar with it. I think I'm still not really there yet. At first you tend to push everything away and you don't want to be involved in the disease or the treatment. It only gets easier with time, from treatment to treatment. I also tried to find out more on the internet, but there weren't many resources at the time.

How has Castleman disease impacted your daily life?

At the beginning of 2015, when I was diagnosed, it didn't really change my daily life. I continued to work after the therapies. Fatigue seemed normal after a day's work.

By 2017 I was in remission. But I think that my work, which is very stressful, was also in part responsible for the recurrence of my Castleman disease and for the leukaemia.

In 2018, after the surgery, I listened more to my body and knew I couldn't continue working. The chemotherapy and immunotherapy made me much weaker, although it wasn't outwardly visible. It was also a sign to take better care of myself.

In addition, there was nothing I could do about my job, despite having many discussions with management. I could no longer cope with my workload without accommodation. Management just didn't care.

At that time I was exercising and hiking a lot. Autologous stem cell therapy was planned. A year later my employment contract was terminated by court decision.

My daily life has obviously changed because of my illness: I sleep a lot because I feel extremely tired.

Because of the COVID-19 pandemic, all treatment at the AKH in Vienna has been suspended until further notice, so I try to do a lot of things at home. I have even bought a very expensive high-tone therapy device to postpone my treatments in hospital.

Many of my friends and acquaintances avoid me because they see me as a sort of "leper" because of their lack of knowledge about cancer, equating it with death. That is why I also try to inform people about this via my Facebook page "Werner Achs - Living with rare cancer" (in German). There I write about my treatments, everyday life in hospital and everything there is to say about my illnesses.

You can live with cancer, it doesn't mean your life is ending. However, I do know that I will die sooner or later, even though I am currently in remission. There is no cure for blood cancer (as my doctor said in one of his reports) and Castleman disease will always recur. But I try to live by the motto Carpe Diem as much as I can and try to enjoy life in my own way, no matter how long I have left. I do what I want to do.

Even if some side effects like polyneuropathy limit me in my daily life, I try to make the most of it! And that's what everyone with cancer should do! Don't think about death straight out of the gate! Take advantage of it! You can live with it and that too thanks to our excellent, advanced medicine!

You talked about a relapse, could you tell us more about it?

In 2016, after six infusions of Siltuximab, I was in remission. But in the spring of 2018, I noticed a pinching sensation in my right breast. I told my doctors in rehab and at the hospital, but only a PET scan in June 2018 could give us any information. They found that a tumour was active again in the breast area. I was prescribed a punch biopsy which did not give any results, so a surgical operation followed.

During this operation in August 2018, they found that a lymph node had already attacked the third right rib. After a histological examination of this lymph node, which had been operated on, they made the following conclusions: the Castleman disease was recurring and was accompanied by a plasmocytoma (leukaemia/blood cancer). A double jackpot!

I immediately resumed immunotherapy (with Siltuximab) against the Castleman disease and simultaneously began chemotherapy against the blood cancer. This was every month, month after month. Sometimes, at the beginning, it was even weekly. I couldn't really tolerate the chemotherapy, so we changed treatment twice before switching to immunotherapy.

From October 2018 I also received radiotherapy 18 times (for 18 consecutive days, not including weekends) in the area around my third right rib. And for the blood cancer, it all came down to an autologous stem cell transplant on 29 July 2019. A day or two before that, I had undergone another high-dose chemotherapy. During the transplant I had to stay in a separate sterile ward of the AKH in Vienna for 21 days. I wasn't even allowed to leave my room! It was terrible!
I didn't feel well for the first few days, but it got better every day. After the transplant I started my immunotherapies again.

My treatment will probably continue until April 2021.

How are you now? What are your plans for the future?

At the moment, according to my doctor, I'm the closest I could possibly be to remission. There is no recognisable tumour. According to his findings, however, recurrences are always possible with Castleman disease and plasma cell myeloma is incurable. Recurrences are to be expected and further systemic therapies will surely be necessary.

Unfortunately, I am still struggling with the side effects of chemotherapy: polyneuropathy (burning and tingling sensation in the feet, numbness in the feet) and fatigue (exhaustion syndrome). This is what affects me the most. I try to compensate for this through sport and exercise or through different therapies (high-tone therapy, physiotherapy, massage, etc.). This is where natural medicine helps me the most.

Overall, I am quite satisfied with how things are going. There are enough people (whom I often see at the AKH) who are much worse off than me, so I can't complain.

I don't have much planned for the future. I live in the moment, that's my motto. You have to enjoy life as it is.

Finally, what advice would you give to other Carenity members who have Castleman disease and/or cancer?

Trust your doctors, your intuition and God. In that order. It is certainly not a death sentence, you can live with the disease.

I have always trusted my doctors at the AKH in Vienna and I've pulled through. Of course, you also have to listen to yourself and have faith in God, and praying certainly doesn't hurt either. I always knew that God had something planned for me and wouldn't let me die so easily.

And after 6 years of expensive, sometimes very painful surgery and therapy, I can say it: I am still alive!

Was this testimony helpful to you?
Share your thoughts and questions with the community in the comments below!
Take care! 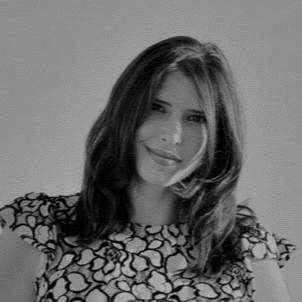 Castleman disease: “Our son shows great courage as he fights against the disease!”

Castleman disease: "I want to tell everyone to listen to their body and how they feel!"

Castleman disease: Finding the strength to fight through community

What Castleman disease treatments have you tried? Have you had side effects?