Mikmik, a member of Carenity Italy, shares his experience with multicentric Castleman disease, which he was diagnosed with when he was 22 years old.

Read his story below!

Hello Mikmik, thank you for accepting to share your story with us on Carenity.

First of all, can you please introduce yourself?

I am 33 years old, and in 2011, when I was 22, I found out I was suffering with multicentric Castleman disease.

When did the first symptoms appear?

In October 2009, at the age of 20, I discovered that I had HIV. I immediately started treatment and, although I took it regularly, the tablets could not eliminate the copies of the virus*. The slightest exertion would leave me bedridden, and with a fever, for days, I lost a lot of weight, a lump appeared on my neck, working and studying became almost impossible. This period lasted almost a year and a half.

*The aim of HIV treatment is to keep the viral load at a very low level - called "undetectable". This means that the viral load is below 20 copies/ml or below 50 copies/ml. The copy number (20 or 50) will depend on the clinical test used.

Was it long before you were diagnosed with Castleman disease?

About 3 months passed between the moment we realised that the problem was not just HIV and the moment I was diagnosed with Castleman disease. In May and June 2011, I had several tests: the CT and PET scans showed that several lymph nodes in my body were enlarged, as well as the spleen. After a few weeks in the day hospital, where I was writing my thesis on my computer with an IV in my arm, the situation seemed to improve and I was able to graduate. A few days after graduation, I had high fever and I was taken to the hospital. They did a lot of tests, but still couldn't find out what was wrong with me.

After two weeks I was still very sick and also very demoralised. The doctors were surprised to find that I had no lesions on my skin and they did everything they could to discover the cause of my illness. Then one day in August 2011, they detected HHV8 in one of the tests: I was then diagnosed with multicentric Castleman's disease.

What was your reaction when you learned about your diagnosis?

When the doctors finally found out what I had, I felt relieved, as did my family, but also the doctors themselves: at least, from that moment on, what we were fighting against had a name, was a concrete, tangible thing.

What has happened since the diagnosis? How did you manage to restore your energy and to learn to be optimistic?

Learning about HIV in my twenties was a serious blow, but I chose to take responsibility for it and deal with it. For a year and a half I felt weak all the time, always tired, I was losing weight and didn't have the confidence to live life to the fullest, the feeling of losing my carefree life in my 20s bothered me, it made me angry.

I had a splenic infarction, after the first dose of Rituximab, and that was also a difficult time for me to live through. But I remember thinking, 'If I get through this, nothing can stop me'. Over the past few years, now that my illness has been more or less stabilised, I've been trying to reconstruct what happened to me in the past with the help of a psychotherapist.

What treatments do you take?

During my hospitalisation I received six cycles of Rituximab. After the first cycle I had a splenic infarction (infarction of the spleen) and had to have my spleen surgically removed. Since then, and after 5-6 more cycles, the lymph nodes have decreased, HIV and HHV8 have finally become undetectable, I have regained my strength and the taste for life has returned to me. For the time being, I am only taking the HIV treatment: one Symtuza tablet a day.

Have you adapted you habits to better manage your condition?

A few months after my hospitalisation, I had no significant limitations and was able to live my life to the fullest.

What about now, has your health improved?

Today, the disease is under control: every six months I have an HIV check, which is still undetectable. And once a year, the doctors make sure the HHV8 is also undetectable.

Which symptom is (or was) the most difficult to manage in your everyday life?

The disease was progressive, gradually becoming more and more pervasive, but above all, in the last few months before diagnosis, fatigue was the most troublesome symptom: knowing that the number of things you could do in a day was extremely limited, not being able to make any significant effort, not being able to respect work-related or social commitments, not being able to tell for sure if you were going to be OK that day, having to put things off, etc. And even when I made an effort, several days of fever awaited me. I remember leaning on the escalator rail in the underground and thinking, "How can I be so ill? I'm only 22!"

Can you call your daily life normal? What makes you happy?

Quite normal, with joys and sorrows, and worries, just like everyone else. After my hospitalisation I travelled, spent some time in South America, and now I live in Italy, I'm sharing a house with my roommates, I have a stable job and somewhat less stable relationships. The one thing I always pay attention to, especially when travelling and when there is a change in routine, is to remember to take enough tablets with me, and to remember to always take my medication at the same time.

What makes me happy, but it also was the case before I was diagnosed with HIV and Castleman, is writing songs and playing them. It's never been a paying job, but it's certainly something that helps me channel all my most intense energies, both negative and positive.

Have you got any advice for other patients?

Although it was difficult, I personally stuck to my daily commitments which were, at the time, the upcoming graduation. This allowed me to distract myself and to bring out the determination to complete the course despite all my difficulties. I didn't know it then, but this determination served me well in overcoming the illness itself, and in everything that followed since. So my advice would be to find the right way, the right motivation, the right goal, in order to bring out that determination.

I would especially like to thank the Aviano Oncology Centre and Dr Vaccher for their support. But my biggest thank you goes to the Infectious Diseases Department of Niguarda Hospital, in particular to Dr Rossotti, Dr Moioli, Olivia and the whole team of nurses: if I am here today, it is thanks to you! And a big hug to my mother, who came from our small provincial town and spent 40 days in the metropolis, alone, just to be near me, even in the darkest days.

Many thanks to Mikmik for sharing his story!
Was this testimonial helpful to you?
Give it a "like" and share your thoughts and questions with the community in the comments below!
Take care! 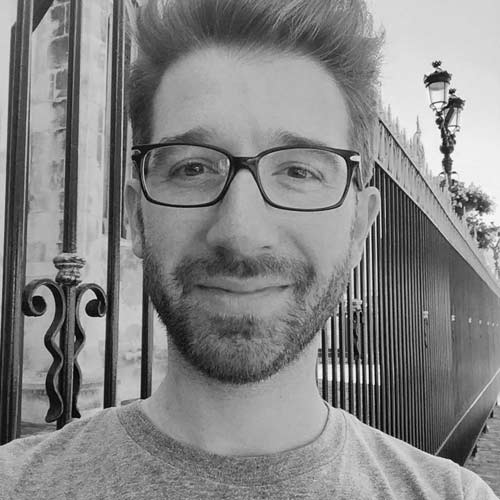 Baptiste specialises in managing online patient communities. He has a particular interest in the areas of health sports and the digital environment. He has 7 years of experience in these fields.

Castleman disease: "I am dedicating my life to help find a cure for my daughter while also advocating for all patients"

Castleman disease: “I am living proof that everything depends on your mindset”