There are four main categories of post-infarctus drug-based treatments:

- Anti-platelet drugs, such as aspirin or clopidogrel, which decrease post-infarctus morbidity and mortality rates by 20 to 30%;
- Betablockers, such as bisoprolol or carvedilol, which decrease the effects of stress on the heart and blood pressure, with a drop in cardiovascular disease of 20 to 30% after 5 years;
- Angiotensin-converting-enzyme (ACE) inhibitors, which are drugs that affect the kidneys. The kidneys naturally secrete substances that increase blood pressure in order to irrigate the organs. The drugs inhibit these substances and make it possible to lower blood pressure and thus stabilise or decrease atherosclerosis. Drugs in this category include ramipril or perindopril;
- Statins, such as atorvastatin, simvastatin or pravastatin, which make it possible to lower cholesterol levels, thus helping decrease the risk of recurrent infarctus and stroke, or coronary events. Statins decrease all types of stroke or coronary event by 25 to 30%.

Other drugs can also be used, such as verapamil (a calcic inhibitor), angiotensin II receptor blockers, etc.

A major axis for research focuses on means of limiting how much of the myocardium is affected by obstruction of an artery. Research has recently revealed that for effective reperfusion of the myocardium, arteries should be opened as quickly as possible, but above all as progressively as possible. The aim is now to try to develop drugs capable of reproducing this effect obtained mechanically.

In addition, a considerable amount of pharmacological research focuses on drugs capable of preventing clots from forming: new oral anticoagulants (“NOAC”) and more powerful anti-platelets that prevent arteries from becoming blocked again, which is the cause of myocardial infarction. 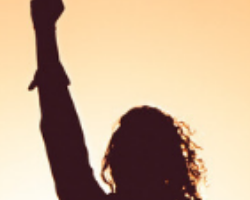