Migraine: What is it and how to fight it?

Migraine is a condition characterised by the regular and repetitive occurrence of violent headaches sometimes associated with vomiting. Approximately 40% of the population has experienced a migraine at least once in their lives, making it a widespread problem, about which little is often known.

So what does it mean to have a migraine? Why do migraines occur? What symptoms do migraines cause? How can we fight them?

What is a migraine?

A migraine is a headache that feels like a throbbing pain and is usually located on one side of the head. It can cause a pulsating sensation and is often be accompanied by vomiting, nausea and extreme sensitivity to light and/or sound.

A migraine can be really debilitating, to the point of preventing daily activities, as it can last for hours or even days. And while some people may spend years between one migraine and another, others can suffer from them frequently, up to several times per week.

There are four main symptoms that can also be called "stages", which not always occur for everyone, but are present in most cases.

The first is called the premonitory stage, and it usually occurs one or two days before, as a warning of an oncoming migraine. This symptom can include frequent yawning, neck stiffness, constipation, food cravings, mood changes and increased thirst or urination.

The second stage is called the aura stage. Depending on the person, it may occur before or during the migraine. It is usually a visual disturbance that begins gradually, builds up over several minutes and can last from 20 to 60 minutes. These disturbances can manifest in the form of vision loss, vision phenomena, such as seeing various shapes, bright spots or flashes of light, tingling sensations in an arm or leg or even hearing noises or music.

Depending on the aura, migraines sometimes are classified into three types:

The third symptom is the headache or main attack stage. This is the period in which the pain is on one or both sides of the head, and the patient can feel a throbbing or pulsing sensation. He or she may also experience nausea and vomiting, as well as sensitivity to light, sounds, smells and even touch. This symptom can last from 4 to 72 hours.

The last symptom is the resolution stage, where after the migraine, the patient feels listless, tired and even confused. This symptom can last up to 1 day.

Why do migraines happen?

The origin of migraines is not known. Some scientists believe that serotonin plays a role, but no conclusive evidence has been found. They are also thought to be the result of temporary changes in chemicals, nerves and blood vessels in the brain, as well as genetic and environmental factors. Some of these factors are:

How can you fight migraine?

There is no cure for migraines, but there are several things that can be done either to prevent them or to reduce their symptoms.

The best way to help prevent a migraine is to know your body. If you suspect a specific trigger is causing your migraines, such as stress or a particular food, avoid it.

You can prevent migraines by putting certain things in place in your daily life such as:

To reduce the symptoms of a migraine, the first thing to do is to lie down in a dark room and try to sleep if possible. Apply warm or cold compresses to the head or neck, massage the temples, hydrate, and try to take a pain reliever. Take the time to sit down and be in the moment. According to the American Migraine Foundation, focusing on breathing and trying mindful meditation can sometimes ease physical pain.

In terms of medications useful for fighting migraines, some examples are analgesics such as ibuprofen and paracetamol, triptans that help reverse the changes that migraines cause in the brain and antiemetics that the sensation of nausea.

In recent years, relatively new options have been added to the options available from your doctor to help prevent headaches before they occur. These include botulinum toxin injections and anti-CGRP antibodies. Both of these options are only advised if your GP recommends them, but since their introduction, they have proven effective in many cases. 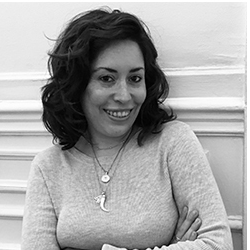 Gilda has been working in the health field for 6 years and has been writing health, humanitarian, and news articles for over 10 years. She has a particular interest in the fields of neuropsychology, well-being, and... >> Learn more

COVID-19: What are the "side effects" of wearing a mask?

COVID-19 vaccine: What do you think?

Given the COVID-19 pandemic and vaccine, do you feel comfortable travelling this summer?

What are your asthma triggers?