Reflexology: What is it and how can it benefit our health?

A popular form of complementary alternative medicine, reflexology has been found to have a number of health benefits on our physical and mental health.

What are the origins of this alternative therapy? What are its potential benefits? How does it work?

Reflexology, sometimes referred to as zone therapy, is a type of therapy in which varying amounts of pressure are applied to specific points on the feet, hands, and ears, with the goal of helping us to feel better. These points are believed to correspond with certain other parts or organs of the body.

Reflexology has its roots in Chinese medicine and has been used for centuries.

How does reflexology work?

In traditional Chinese medicine, reflexology is founded on the ancient concept of qi, or “vital energy”. In this belief system, qi is thought to flow through each person, and when stressed, qi becomes blocked. This blockage is said to cause an imbalance in the body which can lead to illness.

The goal of reflexology is to keep qi flowing throughout the body, therefore keeping it balanced and in good health.

Different parts of the body are considered linked to precise points in the feet, hands, and ears, and reflexologists use maps of these points to determine where to apply pressure. Their touch is thought to send energy flowing through the person’s body to the organ or part that needs healing. 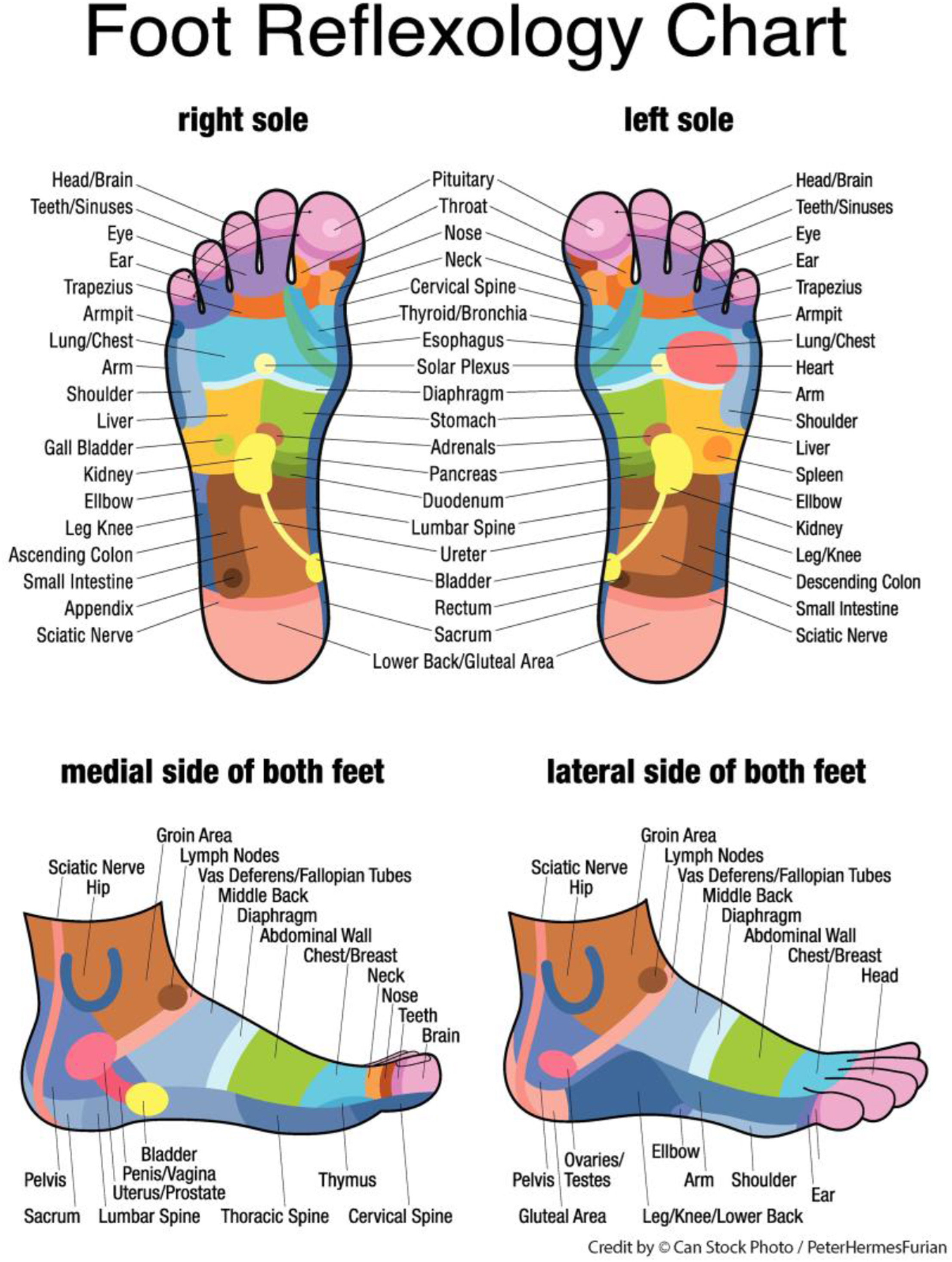 In Western medicine, the theories of reflexology go back to the late 19th century, when British scientists discovered how nerves connect the internal organs and the skin. They determined that the body’s nervous system tends to adjust to external factors, including touch.

Later, in the early 20th century, Dr. William H. Fitzgerald, an ear, nose, and throat specialist, introduced the concept of “zone therapy” to the medical community after observing several tribes of Native Americans using pressure on the feet as a method of healing. The therapy was rebaptized later as “reflexology” by nurse and physiotherapist Eunice D. Ingham, who mapped the body into “reflexes” on the feet.

There are a variety of scientific theories about how reflexology works. One theory is that the reflexologist’s touch may calm the nervous system, inducing relaxation just like any form of massage.

Another theory posits that the brain creates pain as a subjective phenomenon, as a reaction to physical pain or to mental or emotional stress. In this case, reflexology is thought to reduce pain just through calming touch, which may help to lower stress levels and improve mood.

What are the possible health benefits of reflexology?

Reflexology has been found to provide a number of potential health benefits, but only a few have been examined in scientific studies.

As of today, there is limited evidence showing that reflexology may help to:

Further research is needed to evaluate the effect of reflexology on specific health conditions, but preliminary findings indicates that it may help to ease:

What are the risks associated with reflexology?

Reflexology may not be the best treatment option for those living with or with a history of:

As with any treatment, talk to your doctor before starting to determine if it’s a viable option for you.

While it may not be a scientifically proven treatment for specific health conditions, reflexology may still be a beneficial therapy alongside medical treatments, especially for mental health concerns like anxiety and stress.

It can be done in complement with traditional care, but it is important to remember that it is not an alternative to it, and reflexologists cannot diagnose or treat illnesses.

If you are interested in trying out reflexology for yourself, make sure to consult your doctor first to see if it is appropriate for you. When choosing a practitioner, make sure to consult a reflexologist who has been properly trained and is registered with the American Reflexology Certification Board, the Complementary and Natural Healthcare Council, or another reputable certifying organisation.