World Blood Donor Day: What is the history of blood transfusion and donation?

Celebrated on 14 June each year, World Blood Donor Day is a day organised by the World Health Organization and International Federation of Red Cross and Red Crescent Societies to raise awareness about the importance of blood donation and to thank donors for their voluntary, yet life-saving gift of blood.

Why do we donate blood? What happens to the blood we donate? What is the history of blood donation and transfusion?

Blood transfusion and blood products help to save millions of lives each year. But what is this history of this medical practice? What happens to blood once it is donated? Read on to learn more!

What is blood transfusion?

Blood transfusion is a routine medical procedure in which a patient receives donated blood through a narrow tube placed in his or her arm. It is a potentially life-saving procedure that can help replace blood lost due to an injury or surgery or provide it in case the patient’s body does not produce blood properly.

Why is blood transfusion done?

Four types of blood products (components in the blood) may be given through a blood transfusion:

A transfusion provides the patient with the part or parts of blood he or she needs, with red blood cells being the most commonly transfused. Whole blood (WB), which contains all four blood components, can also be transfused, but whole blood transfusions are not very common.

Researchers are also working on developing artificial blood. So far, no viable replacement for human blood is available.

What happens to blood once it is donated?

During a blood drive or other blood collection, donated blood goes through a number of steps before it reaches the patient.

During donation, the donor is asked about his or her health history and is given a brief health screening, which is noted into a donor record and labelled with a corresponding bar code label.

About 1 pint of blood is collected in addition to a few test tubes, which are collected for testing. The donation and test tubes are kept on ice before being taken for processing or sent to a lab.

At a blood processing centre, information about the donation is scanned into a database. The majority of whole blood donations are spun in centrifuges to separate into transfusable components (red cells, platelets, and plasma).

Plasma may be further processed into components like cryoprecipitate, a substance rich in clotting factors. Platelets and red cells are leuko-reduced, meaning that the white blood cells are removed to reduce the chance of a negative reaction in the donation recipient. These components are then packaged into a “unit”, which is a standardized quantity that doctors use when transfusing a patient.

At the same time that processing is occurring, the samples are sent to a lab, where more than a dozen tests are performed to establish the blood type (A, B, AB, or O) and to check for any disease markers. If a test comes back positive, the donation will be discarded and the donor will be notified in a confidential manner.

Once the tests are completed, units found to be safe for transfusion are labelled and stored.

Blood is kept available to be delivered to hospitals 24/7. Hospitals normally keep units of blood available, but in case of emergencies, may call for more.

At the end of the process, a sick or injured patient arrives at a hospital or treatment centre, where doctors determine whether he or she requires a transfusion, and if so, of which type. The necessary transfusion will then be administered, thanks to the donor at the start of the blood donation chain.

What is the history of blood transfusion and donation? Where did it all start?

Blood and its understanding in medicine has a long history, notably with the use of bloodletting (the withdrawal of blood from a patient to prevent or cure an illness), used by the Egyptians as early as the 2500s BCE, and well documented in Western medicine up until the late 1800s.

The modern understanding of transfusion did not fully appear until the 17th century, after British physician William Harvey’s discovery of the circulation of blood in 1616. From this period onward, a number of successful blood transfusions occurred between animals and humans, notably by Jean-Baptiste Denis in France and Richard Lower in England in 1665, but the practice was prohibited by law within a decade due to human bodily reactions.

It wasn’t until 1818 that human-to-human transfusion was achieved: British obstetrician James Blundell performed the first successful transfusion of human blood to treat postpartum haemorrhage. Using the patient’s husband as the donor, Blundell extracted approximately 4 ounces of blood and successfully transfused it to the wife, who survived the experience.

The 20th century dawned a new era in blood medicine with the discovery of the first three human blood groups (A, B, and O) by Karl Landsteiner, an Austrian biologist and physician, in 1901. The fourth blood group (AB) was discovered the next year. Later in the decade, American pathologist Ludvig Hektoen was the first to describe the principle of cross-matching, suggesting that transfusion safety could be improved by cross-matching blood between donors and patients to exclude incompatible type mixtures. In 1914, long-term anticoagulants, such as sodium citrate, were developed, allowing blood to be preserved for a longer period of time.

Between 1939 and 1940, the Rh (rhesus factor) blood group system was discovered by Landsteiner, Alexander Wiener, Philip Levin and R.E. Stetson, which identified the inherited protein that can be found on the surface of red blood cells, adding the + or - symbol to the ABO blood type.

The 1940s was an important decade for blood transfusion and donation, as during this period the Ministry of Health took control of blood banks in the UK and established the National Blood Transfusion Service, made up of regional blood centres. With the outbreak of World War II, an enormous need arose for transfusion and blood donation, and the regional centres collected around 200,000 units from around 270,000 donors during that period. 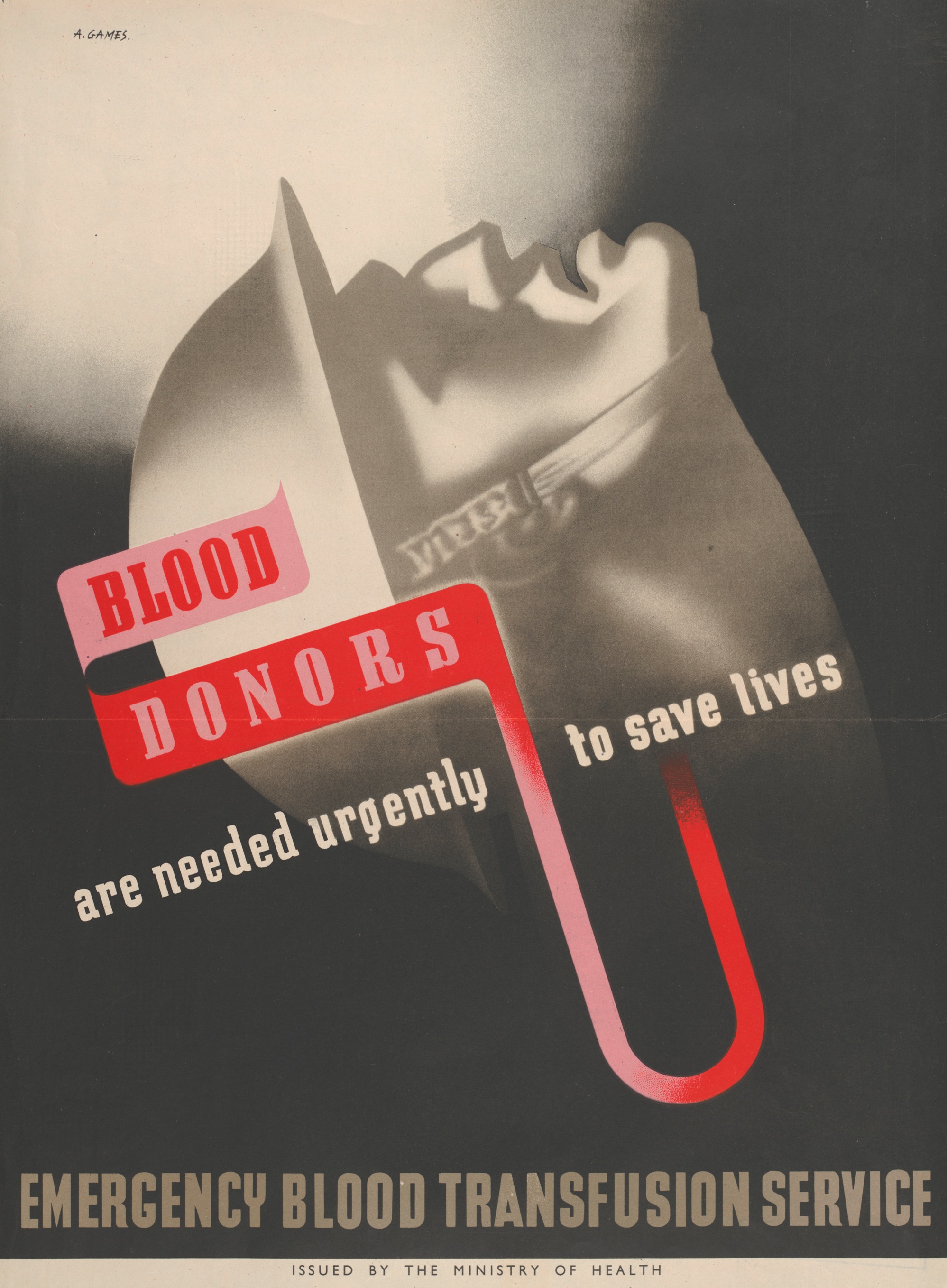 In the decades following, further progress was made in the UK, with the replacement in 1975 of glass blood bottles with the plastic blood bags we know today, and screening for various communicable illnesses in the blood, such as HIV and hepatitis C, as detection techniques were developed in the mid 1980's. In 1996, the National Blood Service (NBS) was established and became a truly nationally-coordinated body rather than a collection of regional collection centres and later in 2005, the NHS Blood and Transplant (NHSBT) was formed with the merge of the National Blood Service and UK Transplant.

Today, NHS Blood and Transplant reports that around 900,000 people in the UK donate blood each year, contributing 1.6 million units of whole blood and red blood cells, which save countless lives each day!

To find out how to donate blood, visit the NHS Blood and Transplant website here.

Was this article helpful to you? Have you ever donated blood?
Share your thoughts and questions with the community in the comments below!
Take care!

Would love to give blood but am unable to because of all the medication I'm on.