Eliminating dead-but-toxic cells occurring naturally in the brains of mice designed to mimic Alzheimer's slowed neuron damage and memory loss associated with the disease, according to a study published Wednesday that could open a new front in the fight against dementia. 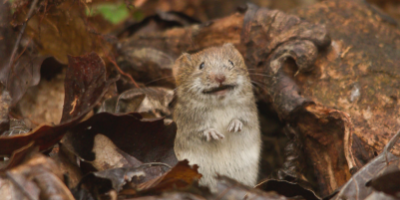 The accumulation in the body of "zombie cells" that can no longer divide but still cause harm to other healthy cells, a process called senescence, is common to all mammals.

Scientists have long known that these dead-beat cells gather in regions of the brain linked to old age diseases ranging from osteoarthritis and atherosclerosis to Parkinson's and dementia.

Prior research had also shown that the elimination of senescent cells in ageing mice extended their healthy lifespan. But the new results, published in Nature, are the first to demonstrate a cause-and-effect link with a specific disease, Alzheimer's, the scientists said.

But any treatments that might emerge from the research are many years down the road, they cautioned. In experiments, a team led by Tyler Bussian of the Mayo Clinic in Rochester, Minnesota used mice genetically modified to produce the destructive, cobweb-like tangles of tau protein that form in the neurons of Alzheimer's patients.

The mice were also programmed to allow for the elimination of "zombie" cells in the same region.

A closer look revealed that the "zombies" belonged to a class of cells in the brain and spinal cord, called glia, that provide crucial support and insulation to neurons.

"Preventing the build-up of senescent glia can block the cognitive decline and neuro-degeneration normally experienced by these mice," Jay Penney and Li-Huei Tsai, both from MIT, wrote in a comment, also in Nature.

Bussian and his team duplicated the results with pharmaceuticals, suggesting that drugs could one day slow or block the emergence of Alzheimer's by keeping these zombie cells at bay.

"There hasn't been a new dementia drug in 15 years, so it's exciting to see the results of this promising study in mice," said James Pickett, head of research at Alzheimer's Society in London.

For Lawrence Rajendran, deputy director of the Dementia Research Institute at King's College London, the findings "open up new vistas for both diagnosis and therapy for neurodegenerative diseases, including Alzheimer's."

Up to now, dementia research has been mostly focused on the diseased neurons rather than their neighbouring cells. "It is increasingly becoming clear that other brains cells play a defining role," Rajendran added.

Several barriers remain before the breakthrough can be translated into a "safe, effective treatment in people," Pickett and other said.

The elderly often have lots of harmless brain cells that look like the dangerous senescent cells a drug would target, so the molecule would have to be good at telling the two apart.

Worldwide, about seven percent of people over 65 suffer from Alzheimer's or some form of dementia, a percentage that rises to 40 percent above the age of 85.The number afflicted is expected to triple by 2050 to 152 million, according to the World Health Organization, posing a huge challenge to healthcare systems

What do you think about these exciting findings for Alzheimer's?

I am grateful for research and science to find out more on medical problems, but I get so upset when animals, i.e. mice etc. are used as 'guinea pigs'!

It reminds me of the days during my diagnosis of epilepsy, when often patients are also used as 'guinea pigs' to try all different types of medication!

Yes, it can be upsetting to think of trial runs, a necessary evil unfortunately!

Understanding epilepsy: what are the different types of seizures?