Watching a film can be a wonderful source of escapism as it provides you with an insight into another world and encourages you to broaden your horizon by seeing things from a different point of view. The director Ingmar Bergman stated, "Film as dream, film as music. No art passes our conscience in the way film does, and goes directly to our feelings, deep down into the dark rooms of our souls.” 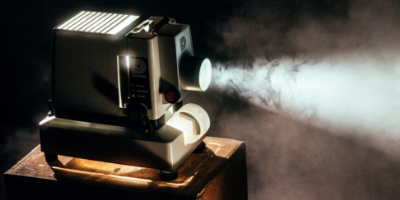 Films can be an enlightening catharsis when you are suffering from depression or any mental illness, they can make you feel less alone or misunderstood during difficult times.

That’s why, for the European Depression Day, we have selected five films which we believe poignantly encapsulate some aspect of mental illness. Whether you watch these films to feel less isolate, or you watch them to understand what a loved one is going through, we hope that they move you in some way.

When a Monster Calls

This movie was directed by J.A. Bayona and released in 2016. It follows the mental anguish that a young teen feels as he watches his mother battling with illness. You can’t help but get swept up in this emotional story as the watchers witness the different stages of acceptance and grief when a loved one is unwell.

There is an added level of the fantastical to this film as the teenager is helped through his journey by a tree monster that visits him at night time. As unbelievable as that scenario sounds, this movie is anything but silly. Beautiful, profound and heartwarming; this is a film that you won’t be able to forget.

Although this is an animated film, don’t let this fool you into thinking it isn’t a film that doesn’t deal with deep themes. Released in 2015, Anomalisa is one day in the life of a deeply depressed, but highly successful, man. The movie captures the grey and melancholy feeling that many people suffering from depression feel and the directors did this in a unique and riveting way; by giving all the characters the same monotone voice. We see this man listlessly trudge through his life until...something amazing happens.

The Perks of being a Wallflower

This movie was originally a book and tells the story of a young, introverted and anxious boy as he goes through high school. The watcher can relate to the different issues that Charlie encounters as he battles through his anxiety and depression as well as trying to succeed in school. The unusual friendships that he makes and the philosophical revelations that ensue make this a film for any age, even if it is based in an adolescent context.

This is probably the most uplifting film on our list and it contains genuine, laugh-out-loud moments. Released over 12 years ago, this movie is a quirky insight into family dynamics. We follow a family, crammed into a van as they drive across America to enter their daughter into a beauty pageant. Every character in this is highly realistic and relatable as they each have their own strong personality and issues to deal with. It is loosely based on the script writers own family which is obvious from its own authenticity.

This is a true story based on a writer’s experience living in a psychiatric hospital in the 1960s. The watchers meet a plethora of interesting characters who are each suffering from their own individual mental health problems. This provides an insight into life in an institution when mental health issues were a lot more taboo than they are today. An eye-opening movie, made even more profound from that fact is a true story.

So what are your favourite films to watch, either to cheer you up or move you to tears? Share below in the comments.

The Perks of being a wallflower - available on Netflix- was a lovely movie - thanks for the tip.

I am delighted that you liked it, it is a lovely movie. Please report back if you end up watching any of the others, it is always great to get feedback :)

I just thought I would tag you in this to see if you have seen any of these films or would like to add any of your favourites!

I haven't seen any other the given films. I've heard of most of them, but I've never taken the time to actually watch them. Honestly, I don't really think they would appeal to me, but I could be proven wrong.

Currently, if I had to pick any film that resonated with me in terms of depression would be Donnie Darko. It's not exactly about depression itself, but it tackles a lot of things within its slightly mad story and left me feeling positively about the final outcome despite it being somber.

Though I also rather like Being There, which is a rather old comedy film where a very dim gardener accidentally stumbles his way into becoming a very important person simply by speaking his child-like mind. It has a rather sad tone for a comedy film, but it's also kind of heartwarming.

I'll stop there, since I don't want to just do a rundown of my other favourites. But since you poked me I thought I'd do my duty and add my two cents.

@MarionetteDoll You should watch one of them, you could be surprised :)

Thank you forsharing, perhaps some of our other members have seen the movies that you recommended. Donnie Darko is a great film too, if mildly disconcerting!

9 people reacted to this article. What do you think about that? Join the community!

Suicidal thoughts, not coping, how to get treatment without carrying out my plans?

How to deal with non understanding family and friends

Generalised anxiety disorder (GAD): How do you manage it?

Has your mental health impacted your physical health? Or vice versa?

Depression and lifestyle changes: Has it helped?

Depression: Why is it so hard for us to say that we're not okay?