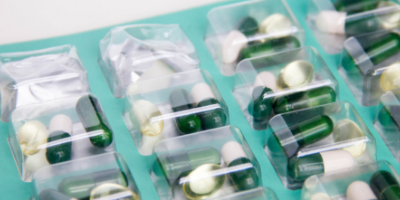 The UK government announced last week that the medicines pregabalin and gabapentin will be reclassified as class C under the Misuse of Drugs Act 1971. The change will take place in April 2019.

Class C is the third in the government’s three-tier system for categorising controlled substances. Drugs in class C are associated with the least amount of harm compared with those in classes A or B.

Pregabalin and gabapentin are currently used to treat conditions like epilepsy, nerve pain and anxiety.

The Home Office has said that these medicines will still be available for legitimate use on prescription by a doctor after the change in law.

It said that the change means that it will be illegal to possess these medicines without a prescription. It will also be illegal to supply or sell them. This is an effort towards stronger controls, accountability and a reduction in the potential for misuse of these medicines.

The government’s decision to reclassify these medicines follows experts highlighting a rising number of deaths linked to their misuse. However, according to researchers from the University of Bristol, more than 4 in 5 deaths (80%) involved the misuse of these medicines alongside street drugs, such as heroin.

In 2016, the Advisory Council on the Misuse of Drugs (ACMD) raised concerns over the possibility of addiction and misuse of these medicines. It called for them to be reclassified as class C. The government consulted pharmacists, pharmaceutical companies, doctors and patients, who backed tighter controls.

Minister for Crime, Safeguarding and Vulnerability Victoria Atkins said: “Any death related to the misuse of drugs is a tragedy. We accepted expert advice and will now change the law to help prevent misuse of pregabalin and gabapentin and addiction to them.

“While drug misuse is lower now than it was 10 years ago, we remain committed to reducing it and the harm it causes.”

The change means that doctors will now have to physically sign prescriptions rather than use electronic copies. The medicines will have to be dispensed within 28 days of the prescription being written.

This is not the first medicine used for epilepsy to be classified as a class C drug. Midazolam and diazepam, used as emergency medicine for prolonged seizures, have been listed as class C for around 30 years.

If you are concerned about your medicines, you can speak to your GP or epilepsy specialist. You can also call the Epilepsy Action Helpline on 0808 800 5050.

What do you think about the government's decision?

I was prescribed both of these after serious accidents the pegabalin increased my appitite so consequently put on weight , I eased myself off of them gradually . Then six years later I fractured my femur in 3 places & this time put on gabapentin  this time no weight gain & same result but I agree it must be closely monitored

I agree with Speech

Following my Spinal surgeries I was prescribed Gabapentine at first, and later changed to Pregablin along with Amitryptilin to control the pain. I gained substantial amount of weight with these. It also sent me doolally during my post op recovery. had been on them for 6 years. I took myself off all those medication and my weight dropped off. I do agree that it should be closely monitored and should be on hand signed prescriptions.

@Speech‍ and @nineteen_gale‍ Thank you both for your feedback, it is interesting to see the different affects that certain drugs can have on patients. You can monitor your medication on here and also get the opinion of others concerning certain medication. If you follow this link it will take you to our fact sheet about pregablin.

I have never taken either of these drugs, but as Josephine has said above, it is interesting to see the different affects that the drugs have on us all. Again, carbamazepine is another one which increases weight. Thank you for the interesting article; it is always good to know what drugs are used and side effects they give.

Thank you @JosephineO‍ for sending information about gaberpentin and pregabaline.  It always amazes me that anyone would want to take these awful drugs for anything other than what they are intended.  I have been on both these drugs, initially on a massive dose of gaberpentine. Then after 12 years on this drug which really messed with my short term memory and caused weight gain I changed to pregabaline.  I’ve been on  pregabaline for about 4 years now.  I find this drug a little easier to take as my short term memory is a little better and weight gain easier to manage.  I do not find pregabaline  quite as effective as gabapentine for nerve pain management but the slight improvements for me is the price I pay. Both drugs cause me tiredness which some of the time is definitely fatigue like falling asleep at the wheel of a car thankfully on one occasion and only for a short time and was able to take evasive action.  I’ve even fell asleep in the shower before!

Why would anyone want to abuse these harsh drugs willingly without a prescription is beyond my level of understanding. Yes they should be classified as class c drug under the dangerous drugs act.

Understanding epilepsy: what are the different types of seizures?

How does epilepsy affect memory?