Having suffered with Epilepsy for 44 years, Lesley has been on many different medications and has lived in 3 different countries with 3 different healthcare systems.

Member of various Epilepsy support groups, she has now decided to share her story with Carenity members, encouraging them to keep fighting and not to lose hope.

I was a springboard diving and swimming champion in my earlier years. At the age of 14, I hit a diving board; my epilepsy/seizures commenced 2 years later. I was also writing exams at High School and puberty, i.e. hormonal changes, set in. After 3 years of testing, a diagnosis of epilepsy was made and the control with medication began.

This was a mighty blow to my great swimming and diving career, which I loved both from a competitive and enjoyment basis. I was then stopped from diving and swimming completely which made me turn to other interests, i.e. report and correspondence writing in the interim.

Life with epilepsy was a challenge when I was younger. I was bullied at school, discriminated against and basically pushed away from many groups. Students did not understand what epilepsy was and it was only by sharing the condition, that I managed to find friends, become independent and carry on with life. I went to College, obtained a Diploma and was determined that epilepsy would not hold me back. I found employment, moved into my own flat and lived my life as wanted.  Strength came from within which made me fight harder. I accepted my epilepsy and had the patience, willpower and understanding to continue.

A handful of medications

I was tried on several medications to control the ‘Petit and Grand mal’ seizures as was the term in those days, now known as Absence and Tonic Clonic seizures. I remember trying Carbamazepine (Tegretol), Phenytoin (Dilantin), Phenobarbital, Epilim (Sodium Valproate) and others. Very few medications had an effect until I was put onto Carbamazepine and Phenytoin, which I have now taken for over 30 years. I continued to have seizures and dosages were increased and decreased regularly, until at last control has been found. I have had epilepsy now for 44 years.

When epilepsy is first diagnosed, we have very little understanding of the neurological condition itself, never mind the medications used to control it. I felt when I was younger that I was being used as a ‘guinea pig’ by Doctors and Neurologists for information and knowledge, and now that I am settled on Carbamazepine and Phenytoin do not wish to change my medication since it is working well!

Due to the lack of Neurologists and epilepsy knowledge both in Zimbabwe and South Africa one was never really offered the option for another treatment, i.e. surgery, VNS or other, due to the high cost of consultation fees, MRI/scanning, etc. and one could only afford this type of treatment if one was on a good Medical Aid service. Surgery was very limited due to lack of Specialists, equipment and the astronomical cost. If an opportunity was given, I would take up the offer of alternative treatment to that of medication. I would also possibly consider taking part in clinical trials for new medication.

I have always been interested in doing research on epilepsy. When given a medication I go onto ‘Google’ and find out more about the medication and the side-effects it may have on the patient. Browsing on the Internet led me to Epilepsy South Africa; I joined as a Member in 2008 and was elected as a Voluntary National Board Member & Panel Member of Epinews (a bi-annual magazine done by members with epilepsy for people with epilepsy). I have just finished editing their Summer 2018 Issue.

Looking for personal stories made me go onto social media, i.e. Facebook and Twitter, where I found Epilepsy Support Groups and started to spread more awareness on the subject. In 2013, I took up the courage to open my own Facebook Page; this was always a dream to have a motivational and inspirational page for people with epilepsy to make them stay positive and not give up hope! Initially, it was daily motivational quotes, then I made it more a Community page with epilepsy information/articles (https://www.facebook.com/EpilepsyMotiveQuotives).

I am also an Administrator for approximately 11 groups and find it wonderful that everyone with epilepsy, their family members and friends, all interact with each another, where they gain confidence, knowledge and hope from others with the same condition. This leads to great friendship and many topics are raised.

The impact of Epilepsy

Epilepsy and the effect of medication can also bring other health problems. I have high blood pressure, hypothyroidism, irritable bowel syndrome and allergies to certain foods, which all require different medications. Obviously mixing ingredients can present problems, but one must never miss a dose of any medication one has been given. If problems persist with side effects, speak to your Doctor or Neurologist; they can consider your medical issues and give other medications which could work.

One aspect of my life which I miss greatly is driving a vehicle and/or having my own transport. I got my motorist’s licence at the age of 16, but regrettably had a seizure whilst driving at the age of 17. I wasn’t stopped from driving, but after discussions with my Doctor, decided not to drive again due to the risk of others on the roads. I rely now on a good bus transport system and don’t think I would have the courage to ‘go behind the wheel’ again.

The advice I have for people with epilepsy is to remember that life must go on! Luckily, I had a great supportive family who helped me through the phases of not understanding the seizures, the effect they were having on the system, diagnosis procedure and with trying to cope daily. My Mother was my pillar of strength and always reminded me to stay positive, accept my epilepsy and do as much as I could one day at a time.  If I had a bad day, not to worry but to gain the strength to go forward tomorrow!

To you all, remember also there is always ‘light at the end of the tunnel’ and DO NOT QUIT!

If you have epilepsy, or are interested in CBD oil, please check out this link that describes the positive impact that CBD oil can have on seizures. We also have more information about CBD oil in this article that we recently posted and a testimonial about a patient who uses it to manage her chronic pain from her disease.

So pleased your getting there, I too used to have seizures around my menstral cycle . On thelling the neurologist he asked me what happened during a seizure A , I couldn’t remember   B, I had a stammer so trying to say anything was a night mare he would not listen to my parents who kept a detailed diary so they knew exactly what & when & how long it went on for . The neurologist was a young know all & shouted at my parents who were only trying to do what was best for me he had my mum in tears ? A while after I found about a speech therapy course at a different hospital that was mirraculouse so,I swapped to that hospital or my neurology the neurologist was different again with in about 18 months I was controlled on Valporate & Primidone been controlled ever since over 30 years now fantastic I don’t drive as my concentration on the meds would affect my safety & others I live in a village in East Sussex nr Hastings moved down from London worst thing we ever did no Transport only everyb2 hrs last bus @ 1800 hrs no street lighting hardly any pavements what we do have people park on making huge potholes . I’m recovering from a triple fracture to my left femur so mobility is poor

@Speech‍ thank you for sharing your experience!

@Speech‍ Thank you for sharing... Am so sorry you aren't happy after relocating, but understand how you feel. Not having transport, being in pain after a triple fracture and no lighting on pavements certainly doesn't help. I also understand how you feel about Doctors not listening to their patients; some of them think they know better and don't understand what we go through.

Hang in there, don't give up hope and keep strong! 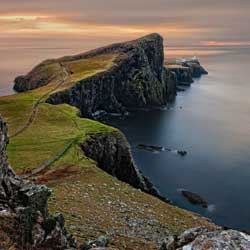 Living a "normal life" with with epilepsy

5 tips for successfully getting back into sport (even with a chronic illness)!