Prostate cancer: "It's important to choose your urologist carefully!"

suzuki, a member of Carenity France, agreed to share about his prostate surgery. He was operated on by the da Vinci robot and shares his journey from diagnosis to the testing he underwent post operation.

Hello suzuki, thank you for agreeing to share your story with us on Carenity.

I'm 72 years old, I'm a retired executive, I spent my entire career in the shipbuilding industry (construction, repair and transformation) in Normandy and Brittany. Married with three sons, I live in the north-east of Brittany, I am very busy with DIY, gardening, photography, motorbikes etc... 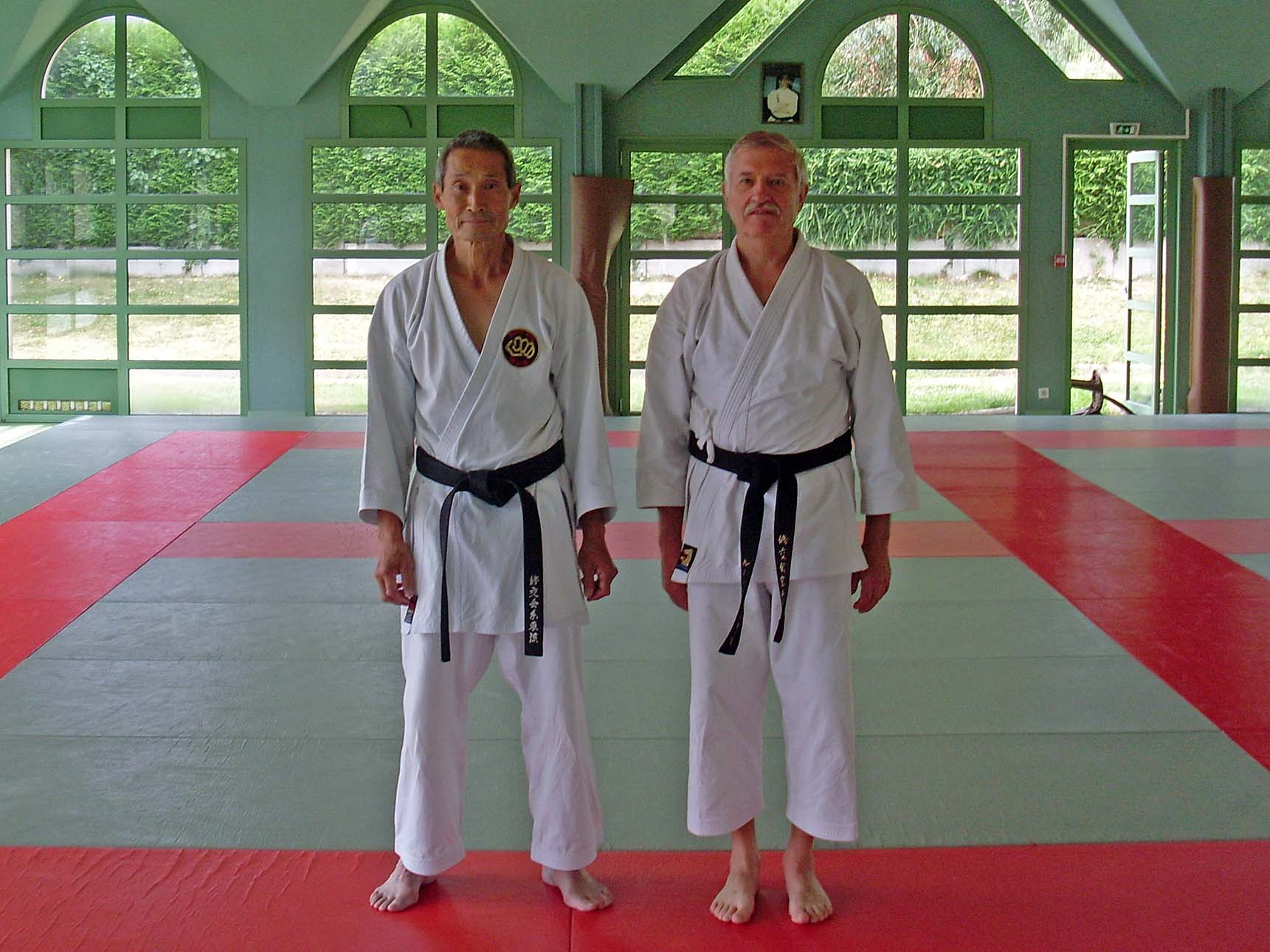 You have prostate cancer. Could you tell us a bit about the context in which you were diagnosed? How did you handle the diagnosis?

Between February and August 2020, my PSA level rose from 6.3 to 7.5. My GP then ordered a follow-up MRI scan, which I had on 11 September 2020. The radiologist that day told me (too) abruptly that it was positive and that I should see an urologist. It was a brutal shock!

Then I asked my youngest son, who lives in Rennes, to point me to a good urologist. He directed me to a renowned urologist at the Saint Grégoire Private Hospital Centre (in Rennes) whom I consulted on 29 October 2020.

What has been your care pathway since you were diagnosed? Are you happy with it so far?

You should know that I had already had prostate biopsies in November 2011, although I didn't think it was useful because my PSA level was 4.36 at the time. I had come across an urologist in Saint Malo who was not nice at all and who performed multiple biopsies in a row! I hesitated a lot before doing it.

After this incident, my GP warned me that if one day I needed to have an operation, it would be better to do it in Rennes where they had a robotic surgical system.

So I went to the urologist my son had recommended and he prescribed some follow-up biopsies to be done, which were carried out on 3 December 2020. He seemed optimistic after my consultation (I had a soft prostate, etc.).

I got the results on December 17, by video conference, because the urologist was at a symposium, he announced to me and my wife with carefully chosen words that unfortunately it was a Gleason 7 carcinoma (3+4) and that he regretted not having been able to consult that day in person... It was a new shock that was difficult to digest...

The next consultation was scheduled for 28 January 2021 to decide on the choice of treatment: robotic surgery for a total prostatectomy, radiotherapy or nothing, but the medium term risk was a strong progression of the disease (from a few months to 2 or 3 years). There was no short term emergency and I could therefore take the time to think about it.

After some thought (my wife and I together), we decided to opt for the operation because after I had done some research, I knew that radiotherapy was not 100% reliable and there were risks of "burning" adjacent areas, not to mention the fact that it was almost impossible to operate after radiotherapy.

At the end of the consultation, the urologist told me again that I still had time to think before the operation which was scheduled for Tuesday 16 March 2021 (3 months after the biopsies).

I had 6 sessions of physiotherapy to "learn" to control the possible incontinence after the operation.

You had your operation in March 2021. Could you tell us more about it? How did you feel afterwards?

The operation was carried out with the assistance of a "Da Vinci" robot and lasted three and a half hours. The operation went well.

The next day, I was not in great shape, but the day after, I was already better with an acceptable level of pain. I started walking around the hospital corridors on Wednesday afternoon and even more easily on Thursday. I left hospital on Friday afternoon in average shape. I took a non-emergency ambulance back home. Incidentally, the driver didn't take into account my recent operation and was walking a bit too fast for me so I let him get ahead and he had to wait for me! He also tended to drive a bit too briskly for my liking!

What care are you currently receiving? Are you satisfied with it?

When I got home, I was already feeling better and the first week was a bit painful because of the catheter which was only removed on the 9th day after the operation. But I didn't need to take any painkillers because I didn't really have any pain, but I did have a lot of sensitivity, especially in the area of the operation.

I also had a lot of sensitivity on my stomach, in the areas where the incisions were made (5 in all) but, thanks to robotics and laparoscopy, I don't have any major scars. And the sensitivity lessens over time.

I received a treatment against phlebitis using injections under the skin at home until the 10th day after the operation.

Do you have any fears for the future?

As far as the future is concerned, I hope that there will be no recurrence and that the prostatectomy will have removed "all the evil" that was, in principle, located in the prostate.

I have just received the results of the post-operation tests at my consultation on 15 April and nothing was detected outside the prostate. This has taken all the pressure off me, I feel much better! There is still one more confirmation to be had in two months' time with a check of the PSA level which should be zero (around 0.01).

Have your loved ones been supportive since you were diagnosed? How have they reacted?

My family, especially my wife, has supported me through this ordeal, as well as some loyal friends.

My three sons were shocked when I was diagnosed with cancer and each reacted in their own way and supported me well too.

Finally, what advice would you give to Carenity members who are also living with prostate cancer?

The advice I would give is to keep a close eye on your PSA level with your GP. If it increases regularly with age, this is relatively normal (a few tenths per year), but if it jumps by more than 1 point, you should investigate further.

Then, if it turns out that you have to consult a urologist, you have to choose carefully because the urologist who did my first biopsies worked almost like a "butcher" compared to the specialist I have now (it's night and day!). This is important because the side effects of biopsies can be very different depending on how they are taken. The first time I had bleeding for several months afterwards and even traces in the semen for several years and without any prior information! This time, I only had aftereffects for about a month and moreover it was done in much better conditions in terms of information, empathy and, in practice, in a much more comfortable position!

On the other hand, it is much better, if surgery is required, to do it laparoscopically and with the assistance of a robot.

The advantage I had was that I was in good physical shape before the operation (regular practice of sport and good weight/height ratio = 24 BMI), which enabled me to handle the ordeal relatively well. Moreover, the specialist specified that, in view of my age, he would have refused to operate on me if I had any comorbidities. He was reluctant to operate on people over 65 in this case...

As for the unpleasant after-effects that can be expected: incontinence, more or less serious depending on the person, for me this is not too serious, but a certain number of small leaks during the day (at night it goes well) which diminish gradually. It's not easy to control it completely, especially when you're trying hard. In any case, it is better to plan to protect yourself.

Many thanks to suzuki for agreeing to share his story!

I had the same surgery in June 2021 also by the "de-vinci" robot but sadly although I am clear as far as Cancer is concerned I still have a incontinence issue and current trying "pelvic floor exercises" recommended by my physiotherapist using the squeezy app on my phone.

I now have to return to the hospital this week to have kidney stones removed as I am passing blood which does not help me with my incontinence issues so I will report back once I am feeling stronger and urge all men over 50 to have a PSA test which should be mandatory in my eyes.

Prostate cancer: the importance of PSA testing and positivity

How has prostate cancer impacted you mentally?

Prostate Cancer - How did you tell family and friends about your diagnosis?

Do you have any advice for others with prostate cancer?

Supporting one another in the fight against prostate cancer