When mood shifts are severe enough, they can have a profound effect on your life. Some episodes of depression and mania are accompanied by loss of reality or psychosis, characterized by hallucinations or delusions. 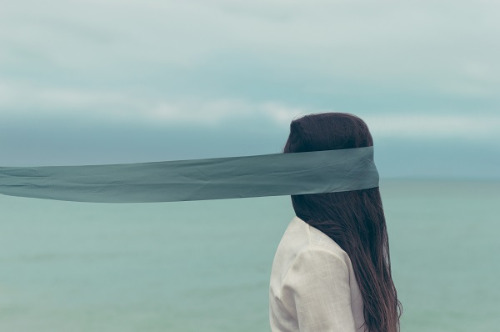 Can these episodes be avoided? Perhaps not. But understanding certain triggers can help you better manage bipolar disorder.

1. Changes in Sleep Patterns or Lack of Sleep

A change in your sleep pattern is a hallmark symptom of bipolar disorder — but it can also be a trigger.

Shift workers, people who work long hours, and students who are short on sleep are all at risk for having a recurrence of a mood episode related to a lack of sleep.

Interpersonal and social rhythms therapy (IPSRT) is one of the most effective preventions, Bennett says. This treatment approach, available in group as well as individual sessions, helps you develop an orderly life schedule of sleep, diet, and exercise habits, to make you more effective at managing bipolar disorder.

Other forms of therapy, including psychoeducation and cognitive-behavioral therapy (CBT), can also be helpful in managing the illness.

2. Arguments With Partners, Coworkers, or Friends

Broken relationships are too often the result of untreated bipolar disorder.

But getting into a spat with a loved one could also be a red flag: Your argument could be due to the irritability that often occurs during a manic or depressive episode, or could itself cause stress that becomes a contributing factor for a recurrent episode.

Any type of relationship conflict — whether it’s with your partner, coworker, family member, or friend — can trigger stress and send you over the edge. In a study published in May 2015 in the Journal of Affective Disorders, people with bipolar disorder said negative social experiences were among the events that triggered suicidal thinking for them.

3. The Stress of a Bad Breakup or Failed Marriage

A number of people with bipolar disorder — especially those with a history of severe manic episodes — have failed marriages. If you’re going through a divorce, working with your therapist through what is often a drawn-out and extremely stressful process can help.

You might consider a durable power of attorney that allows someone else to make major decisions for you, such as financial ones, when you are going through an episode of depression or mania in relation to or during a breakup.

In fact, assigning a durable power of attorney could be useful for anyone who might be experiencing an episode of bipolar disorder.

4. Alcohol Abuse and Drug Intoxication, and the Aftereffects

Abusing drugs and alcohol doesn’t cause bipolar disorder, but it can cause an episode to suddenly occur, or it can worsen the underlying illness. What’s more, about one in five people with bipolar disorder have a substance abuse disorder, according to an analysis of data on young adults with mental illness from an article published in February 2015 in the journal Social Psychiatry and Psychiatric Epidemiology.

Intoxication with drugs such as cocaine and amphetamines can cause or worsen manic symptoms, while the aftereffects of cocaine or use of alcohol are associated with worsening of depressive symptoms.

5. Antidepressants, Corticosteroids, and Other Medication

Can antidepressants make you manic?

The treatment of bipolar disorder can trigger episodes of mania by further setting off unstable moods and behaviors. Many psychiatrists say they've seen patients enter a manic phase after starting antidepressants — and some feel uncomfortable prescribing them to bipolar patients.

What should you do about bipolar depression? Until more research is available on long-term safety, Keming Gao, MD, PhD, a professor of psychiatry, suggests the following: For bipolar I depression, antidepressants should only be used with a mood stabilizer or stabilizers after symptoms haven't responded to FDA-approved treatment options (such as mood stabilizers).

Dr. Gao says that while some recent studies suggest that using an antidepressant alone is as effective as lithium taken alone for some bipolar II patients (those who haven't experienced a manic episode), they should never be used alone for bipolar I depression, and patients and doctors should consider discontinuing use of antidepressants once symptoms have responded.

Other drugs that have been linked to manic symptoms include corticosteroids, thyroid medication, and appetite suppressants.

This article might interest you: Anti-depressants: Major study finds they work

About 20 percent of people with bipolar disorder experience fluctuations in mood when the weather changes. Specifically, they're more likely to undergo seasonal depression during the early winter, and mania or hypomania during the spring or summer, according to a research review published in October 2014 in the Journal of Affective Disorders.

Experts chalk this up to sunlight: Your circadian rhythm, the body’s internal response to changes in a 24-hour day, is affected by the amount of sunlight you experience. This response is controlled by a complex set of genes commonly referred to as “clock genes.” If some of these genes are abnormal, you could be at risk for seasonal bipolar disorder.

7. A Visit From the Stork Along With Altered Sleep Patterns and Shifting Hormones

The American College of Obstetrics and Gynecology estimates that women with bipolar disorder have up to a 67 percent chance of experiencing an episode of bipolar disorder in the postpartum period — the weeks and months after birth.

Changing sleep patterns, altered medication prescriptions, and shifting hormones after delivery can combine to serve as risk factors for a postpartum mood or psychotic episode, according to research published in November 2014 in the journal The Lancet.

Use the nine months of pregnancy to work with your entire medical team — your bipolar disorder specialists and your ob-gyn — on treatment approaches you can try during and after pregnancy to help prevent postpartum depression, postpartum mania, or postpartum psychosis.

Bipolar disorder is also strongly associated with postpartum psychosis, a severe mental illness characterized by an inability to respond emotionally to one's newborn, or thoughts of harming one's baby.

8. Financial and Emotional Strains Due to a Job Loss

One of life’s most unpredictable stressors? Losing your job.

And the emotions you may feel about your job loss can be equally unpredictable. People who weren’t satisfied with their work can find it liberating. For others, the financial and emotional strains involved can trigger major stress. Either way, the dramatic shift in emotions could trigger a bipolar episode.

It may be a good idea to put away three to six months of savings to help with the transition, should you lose your job.

9. The Death of a Loved One and Bereavement

The death of a loved one may be the most stressful life event any of us will ever face. Many people continue managing bipolar disorder successfully through their mourning, but it may have extreme consequences for others, who can develop “funeral mania,”.

This occurs when someone with controlled bipolar disorder attends the funeral of the loved one and has a manic episode over the course of the following week. The period of bereavement should be one of increased monitoring and heightened support, advises Bennett.

Prevention of a bipolar mood episodes may not be possible, but understanding triggers may help you better manage your illness.

What triggers your bipolar episodes? https://www.carenity.co.uk/forum/bipolar-disorder/living-with-bipolar-disorder/9-most-common-triggers-for-bipolar-mood-episodes-2286

How are you doing? Have you seen this older discussion thread?

Feel free to share your thoughts and experiences here!

What triggers your bipolar episodes? https://www.carenity.co.uk/forum/bipolar-disorder/living-with-bipolar-disorder/9-most-common-triggers-for-bipolar-mood-episodes-2286

@Courtney_J Lack of sleep is one for me. And I can understand pregnancy being one, hormones have a big impact on mood.