See all the articles about this condition
The manifestations of lupus on the skin are very common, with them affecting 80% of patients. The most characteristic sign of lupus is redness in the shape of butterfly wings or a half-mask on the face. This redness may also appear on the hands, the elbows and the neckline, however.

The skin becomes highly sensitive to the sun, due to a phenomenon called photosensitisation. During sun exposure, a skin eruption may even appear.

Symptoms in the joints are warning signs of lupus and are the most common manifestations, being present in around 90% of patients.

Specifically, lupus patients may suffer from joints that turn red, hot and swollen due to inflammation. The joints affected are primarily in the fingers and the wrists. However, unlike with rheumatoid arthritis, this inflammation does not change the shape of the fingers. Lupus rheumatism is not destructive.

The membrane that surrounds the lungs may be inflamed: this is pleurisy. Liquid accumulates in the lungs, which causes pain when breathing. This is seen in around 40% of lupus patients. This may manifest in the form of a cough or respiratory problems.

Many symptoms may develop on cardiovascular level:
- Difficulties with blood circulation in the extremities (Raynaud’s syndrome); high blood pressure; blood clots in the veins: thrombosis; inflammation of the area around the heart: pericarditis.

Renal manifestations appear later in four out of ten people with lupus, if the disease has been able to progress in the absence of treatment or if the treatment has not been sufficiently effective. The functioning of the kidneys gradually deteriorates without there being clear symptoms.

The cells or substances that make up the blood may be impaired in the case of SLE.

Neurological manifestations affect between 30% and 60% of patients, notably in the form of major headaches. Other problems may also occur, such as depression, convulsions, temporary paralysis, abnormal movements etc. These issues are rare in lupus, however.

Digestive problems are even rarer, and may take the form of the inflammation of the liver, the pancreas or even the peritoneum (membrane that surrounds the abdominal organs).
For further information:
http://www.nhs.uk/Conditions/Lupus/Pages/symptoms.aspx

Lupus: How is it diagnosed and how to interpret test results?

Lupus: Contraception and planning for pregnancy

Lupus on the forum

mr chipps participated in the discussion COVID-19: How do you feel today?

whitecross1955 participated in the discussion COVID-19: How do you feel today? 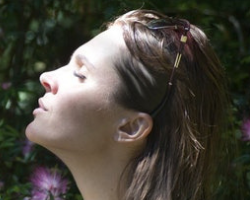 Diagnosed with Lupus Nephritis at 21