What is celiac disease?

Celiac disease is a chronic, autoimmune intestinal disease caused by a food antigen, gluten gliadin. It leads to villositary atrophy (destruction of the villi in the small intestine). The consequences of this pathology are varied; sometimes without symptoms, the disease can sometimes lead to a serious state of malnutrition.

The different types of celiac disease

The infant and young child form is the most common clinical form. It is most frequently characterised by the presence of body growth retardation. This form is often associated with chronic diarrhea, severe fatigue and negative impact on the child's mood.

The form in adults is often associated with diarrhoea and significant weight loss, but clinical manifestations vary, particularly in terms of the number and intensity of symptoms from one person to another.

Although the origin of celiac disease is not fully established, a hereditary component has been identified. Indeed, the presence of one or two specific genes (HLA-DQ2 and/or HLA-DQ8) seems to predispose patients to develop this pathology. More than 95% of patients with celiac disease express at least one of these two genes. It is also observed that when a family member is affected, his or her relatives are more likely to develop the disease as well.
In addition, it would appear that environmental factors such as trauma, intestinal infections or even stress may be triggering factors for the disease.

The diagnosis of this pathology is made using a combination of clinical, serological and histological arguments. In the presence of clinical symptoms, antibodies produced during the disease will be tested by blood tests.

Most often, when blood tests are positive and reveal the presence of these antibodies, a biopsy of the small intestine is performed.

A small bowel biopsy is essential to confirm the diagnosis and start the gluten-free diet. The diagnosis of celiac disease will thus be definitively made when there is a regression of lesions present in the intestinal villi and/or the disappearance of clinical symptoms following a gluten-free diet.

There is no drug treatment available to treat celiac disease. Due to gluten intolerance, the only treatment is a total elimination of gluten by adopting a strict gluten-free diet forever.

>> A Carenity member talks to us about her gluten-free, sugar-free and lactose-free diet

This prevents the onset of symptoms associated with the disease. The total stop of gluten can be tricky because gluten is found in a large number of foods.

Here are some examples:
Bread made from wheat flour, barley, spelt, rye...
Viennese pastries or pastries
Pasta products
Sauces made with wheat flour (béchamel, roux, custard, custard...)
Beers
Gluten can be replaced by rice, corn, potatoes or buckwheat.
Due to the complexity of stopping all forms of gluten, consider seeking advice from your doctor. You can also consult a dietician who will help you better understand what foods you can eat and which ones are not recommended.

Breakdown of 217 members on Carenity

Celiac disease on the forum

Gluten-free and eating out

Welcome to the group for digestive disorders!

What foods can't you eat anymore due to...

Cholangitis - Have you been diagnosed?

What do you know about ileostomies?

Coeliac disease and the gluten-free diet 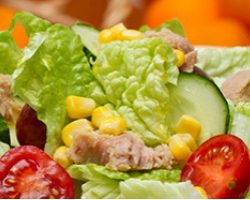 The medication for Celiac disease