A new study has shown that lung cancer cells can be destroyed using nanoparticles derived from tea leaves. These tiny particles, called "quantum dots," are 400 times thinner than a human hair, and producing them from tea leaves is safe and non-toxic. 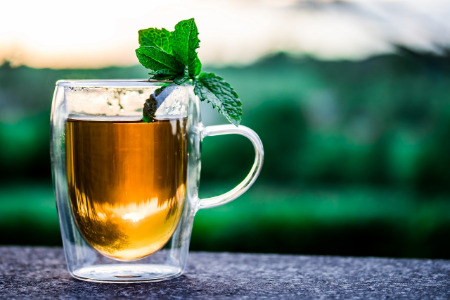 More and more research has been focusing on the potential uses of nanoparticles for healthcare.

For instance, a recent study demonstrated that endometrial cancer can be targeted much more effectively if anti-cancer drugs are loaded into nanoparticles and delivered straight to the tumors.

Another study that we reported on used a similar approach to destroy cancer stem cells. And now, researchers are turning to a type of nanoparticle called "quantum dots" for help in the fight against cancer.

Scientists led by researcher Sudhagar Pitchaimuthu — a Ser Cymru-II Rising Star Fellow at Swansea University's College of Engineering in the United Kingdom — have created quantum dots from tea leaf extract and used them to stop lung cancer cells from growing.

Up to 80 percent of cancer cells destroyed

Quantum dots are under 10 nanometers in diameter. They are usually created chemically, and they have already been used in computers and TV screens.

However, as Pitchaimuthu and team explain, this chemical production process is often complicated and costly, and it can have a range of adverse toxic effects. So, the researchers wanted to explore a plant-based, non-toxic production alternative.

To do so, they mixed tea leaf extract with cadmium sulfate and sodium sulfide. After leaving the substances to incubate, quantum dots were formed.

Then, they applied the quantum dots to cancer cells. They found that the anti-cancer properties of the nanoparticles were comparable to those of the widely used chemotherapy drug cisplatin.

In fact, the study revealed that quantum dots infiltrated the nanopores of the cancer cells, destroying up to 80 percent of them.

Pitchaimuthu comments on the findings, saying, "Our research confirmed previous evidence that tea leaf extract can be a non-toxic alternative to making quantum dots using chemicals."

He also shared some of his aims for future research, saying, "Building on this exciting discovery, the next step is to scale up our operation, hopefully with the help of other collaborators."

"We want to investigate," he continues, "the role of tea leaf extract in cancer cell imaging, and the interface between quantum dots and the cancer cell."

Ultimately, the researchers would like to "set up a 'quantum dot factory,'" which will enable them to fully explore the range of potential applications of quantum dots.

This is fantastic news, and I hope the exploration of the range of potential applications of quantum dots is successful!

All the best with this new study... Keep us posted on any progress in this regard.

Very interesting article and I wish the team every success in their research of  Quantum dots and opening the Factory. What I would like to know is which is the best tea and which ones to avoid. There are so many teas in Azda now, ranging from Green tea, various herb teas and several non caffeine teas fruit teas and the list goes on. I would be very interested to know which teas to go for and which to avoid.

I'm with nineteen_gale above, it would be good to know which teas to go for and which ones to leave alone.

@lesmal @nineteen_gale @Andy19 I am glad that you all enjoyed the article :)

Here is a link I found about helpful teas, you can find it by clicking here.

@JosephineO‍ Thank you Josephine. I read the article on all 3 teas. Very interesting indeed. I do drink Green tea, although not very often as I don't like the taste. But I do drink Turmeric with Star Anais tea regularly. Does any one know which is the best tea for Osteo arthritis? I know Turmeric is one of them, hence I drink it

8 people reacted to this article. What do you think about that? Join the community!

Why your waist measurement can predict cancer risk

What do you think about your current treatment?

How did you find out you had cancer? Let's share our experiences!

Hormone therapy in the treatment of breast cancer: Have you tried it?

Breast cancer: How to deal with the anxiety of waiting for test results?