Neuroendocrine tumour (NET) is a rare condition characterised by the abnormal growth of neuroendocrine cells, which are found throughout the body. Neuroendocrine cells have traits similar to nerve and endocrine cells: they receive messages from other organs, as nerve cells do, and produce hormones and release them into bloodstream, which is the job of endocrine cells. These hormones take part in regulating the flow of air and blood in the lungs and of the digestive juices in the gut, controlling muscles in the bowel, etc.

Neuroendocrine tumours can occur in different areas of the body, but they develop most often in the digestive system (gut, pancreas, bowel, stomach, and oesophagus) and in the lungs. There are different types of tumours, depending on their location: gastroenteropancreatic, pancreatic, gastrointestinal, etc.

NETs are also grouped based on their malignancy – they can be benign (non-cancerous) or malignant (cancerous). The former have a tendency of growing slowly, while the latter develop rather quickly and are often diagnosed late, already having spread throughout the body and caused metastases.

Finally, neuroendocrine tumours are classified by being functional or non-functional. Functional tumours produce the excess of hormones and therefore cause specific symptoms, while non-functional show no visible symptoms at early stages as they don’t produce extra hormones.

I suffer from a neuroendocrine tumour

Each type of NETs requires a different approach to diagnosis and treatment. Unfortunately, NETs are often diagnosed at a late stage, as they don’t cause any symptoms. It is therefore crucial to notice any small changes in your body and tell your doctor about any persisting symptoms.

The treatment depends on the invasiveness of the tumour, its size, location, hormone secretion and metastasis and may include surgery, radiation therapy, chemotherapy, hormone therapy, nutrition therapy, etc. Treatments have improved over the past decades and are continuing to improve, which has a positive impact on the outcomes.

You can find more information on the Neuroendocrine Tumour Forum.

Breakdown of 221 members on Carenity

Neuroendocrine tumour on the forum

A new survey for NETs patients is...

How does NET impact your everyday life?

Cancer treatment could benefit from a major new discovery in DNA 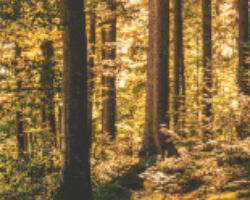 The medication for Neuroendocrine tumour