Kidney failure and transplantation: "My kidney is functioning perfectly after almost 10 years!"

Siouxie, a member of Carenity Spain, tells us about her experience with kidney disease - from diagnosis of kidney failure to her kidney transplant.

Hello Siouxie, thank you for agreeing to share your story with us on Carenity! First of all, can you tell us a bit about yourself?

Hi. My nickname is Siouxie and I am 58 years old. I underwent a kidney transplant in December 2011, before which I went through both pre-dialysis and dialysis. And even before all that I suffered a cerebral venous sinus thrombosis (CVST) in both sinuses in 1993, from which I recovered well, only sometimes when speaking about directions I tend to mix up right and left, but I usually react quickly and correct myself. I also have fibromyalgia, which intensified after the kidney transplant. 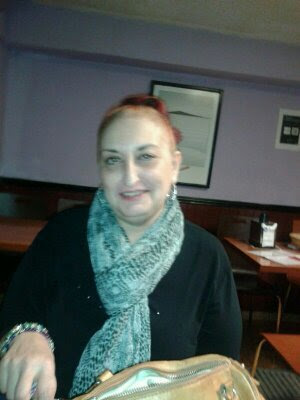 You've been living with kidney failure since you were 18 years old and were diagnosed with Medullary Sponge Kidney (MSK), can you tell us more about this disorder? How were you diagnosed?

Yes, I was diagnosed by a specialist in Madrid after having several bouts of renal colic. The specialist told me that I had Medullary Sponge Kidney (MSK) and that my kidneys don't filter well, so when a lot of waste accumulated I would get colic. He told me that this would be a condition I would have to live with my entire life - that I'd get better when I cleaned out the waste, until the next colic.

That was when I was 18 years old. Then at the age of 30 I started to get colic several times in a row until I was seen by a specialist here in Lugo. The specialist referred me to the hospital and I was operated on four days later because I had calcium phosphate stones, and I kept going until 2000 when I went into pre-dialysis. In 2007 went into dialysis and until I was called for a transplant.

What is it like living with kidney failure and how has it affected your life?

Well, it limits you in many ways. If it wasn't for the fibromyalgia, I would be great since the transplant, but, you know... When it rains, it pours!

Infections, pre-dialysis, peritoneal dialysis... All this eventually led to your transplant in December 2011. Could you tell us more about all these complications that arose due to your kidney failure?

The urinary tract infections were caused by kidney stones. The urologists who were treating me told me that it was like the dog chasing its tail: the UTI caused the stones and the stones caused the UTI...

What was the process like from the time you decided to have the transplant until the day of the operation?

The transplant was decided when I started dialysis in 2007, they put me on the transplant list and I underwent the corresponding tests.

In my opinion, dialysis that you can do at home (aka peritoneal dialysis) is better than haemodialysis. It is more comfortable, you can do it on your own and it is not as tiring as haemo. In the 4 years that I did it, I never had any problems - only once I got peritonitis and I had to go to the hospital to empty the dialysis fluid and put antibiotics in. Later I found out that it because of a failure of the peritoneal fluid bags that came from Ireland, around that time there was a problem with them.

How has your life changed after the transplant and do you still have to follow a treatment?

As I said before, if it wasn't for fibromyalgia and my circulatory problems, after the transplant I would be great, my kidney is functioning perfectly after almost 10 years... and let's hope for many more!

Yes, I am on antiretroviral treatment for life. I take tacrolimus (ADVAGRAF®), mycophenolic acid (CELLCEPT®) and cortisone every day, plus a blood pressure pill, a cholesterol pill, levothyroxine (ELTROXIN®), etc.

Do you feel that receiving a transplant has changed the way you look at life?

Yes, although now I can't do many of the things I did before I got sick, I try to look at it with optimism, because I learned that being negative or pessimistic doesn't help at all.

You also have fibromyalgia, how does this painful disease affect your life?

Phew, fibromyalgia is the worst! They are symptoms that you don't even know where they come from, but they leave you in a state of exhaustion. What I notice most are cramps, tiredness, joint pain, inflammation, it's changed my sleep, I can't fall asleep until very late and there are days when I sleep very little. Going up and down stairs is an odyssey, I no longer go up and down like everyone else, I have to go up and down one at a time, slowly... so if there are too many stairs it's like climbing a mountain, I get there exhausted. But that's the way it is, as long as you can, keep climbing!

What symptoms do you experience in the day-to-day? How do you control them?

Those mentioned in the previous question, although when there is a flare-up, they become more severe.

If I push myself one day, I know that the next day I'll be a wreck. Everything hurts, and it takes hours before I can get back into the rhythm. If I have to go somewhere, I have to get up two or three hours earlier to be ready. I go at a snail's pace, and for walking it's the same thing: I'm overtaken by grannies in the street!

Do you have any other illnesses? If so, which?

Yes, secondary hypothyroidism, circulatory and vascular problems, and my blood sugar has gone up lately, I think because of the stress we have all been under since the COVID thing, so I have to control my diet even more.

What is it like to live day to day with all these conditions?

Well... it's an ordeal but you have to try to cope with it as well as possible and on the days when you feel better, try to do more things that you enjoy and that you normally can't do because of the illness.

You've been on the Carenity forums since 2015, how does the community help you or has it helped you?

I feel more supported and the experiences of other people make you feel less of a "weirdo".

I would send them all a lot of STRENGTH and ENCOURAGEMENT to keep fighting.

Thank you and ENJOY your life!

Many thanks again to Siouxie for agreeing share her story with us on Carenity!

What is the most frustrating or difficult aspect of living with fibromyalgia?

Work and Fibromyalgia: Do you still work? How do you manage?

If you could get rid of one of your fibromyalgia symptoms, which one would it be and why?

Has fibromyalgia affected your mental health? Or vice versa?