Pilar, a member of Carenity Spain, was 40 when she was diagnosed with Parkinson's disease.

As a member of a patient group that has been trying to raise awareness about the disease through music, she agreed to share this great experience with us.

Here is her story.

Hello Pilar, thank you so much for having agreed to talk to us here at Carenity.

First of all, can you please introduce yourself?

I am quite a normal person, married, I have a daughter, I take things with a lot of humour and I have always considered my illness simply as something that happened to me, like if I have won the Christmas jackpot, life is life, and there is no need to look for reasons where there are none.

I love to draw and a few years ago I discovered the world of watercolors and I love it! Here are some of my drawings: 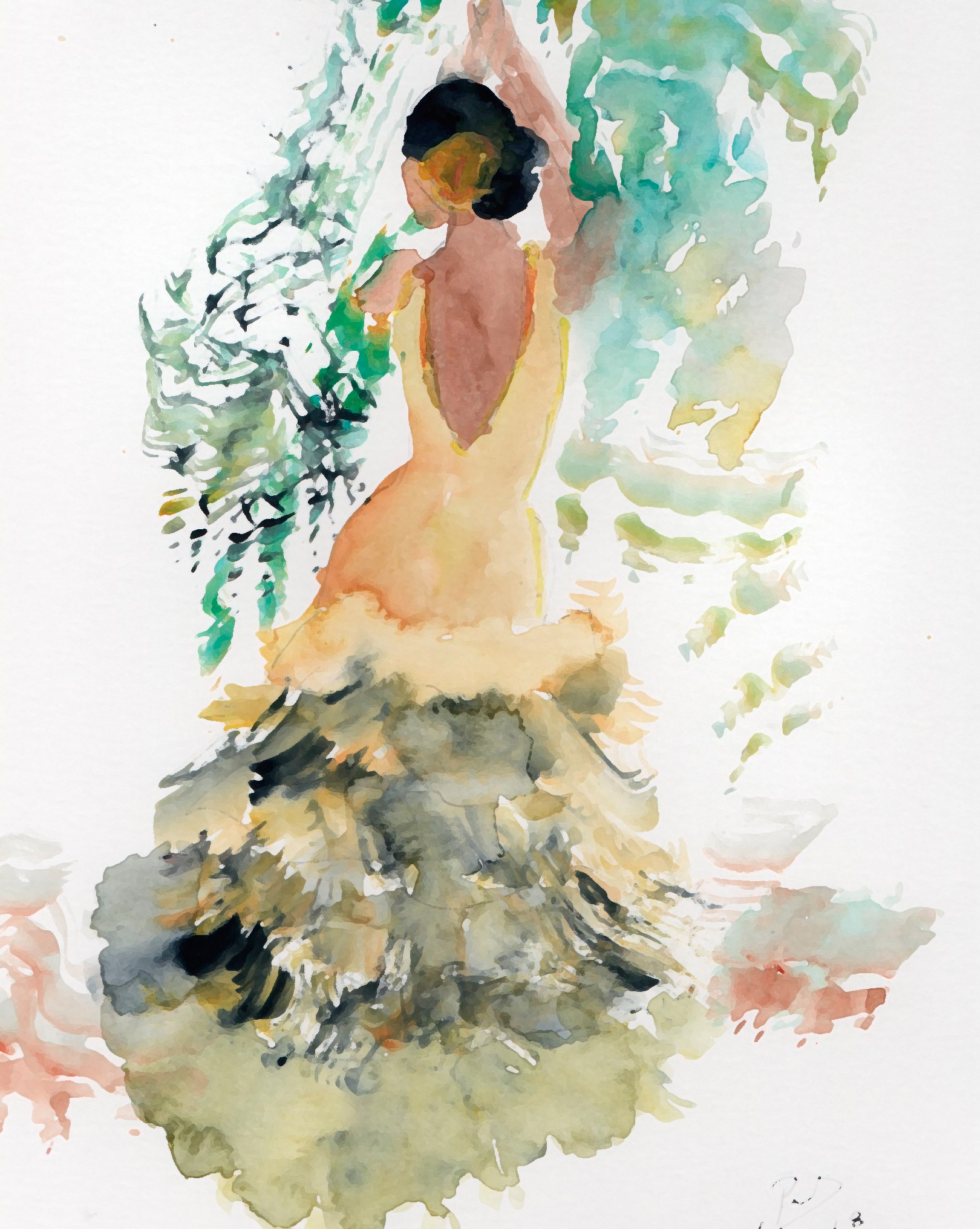 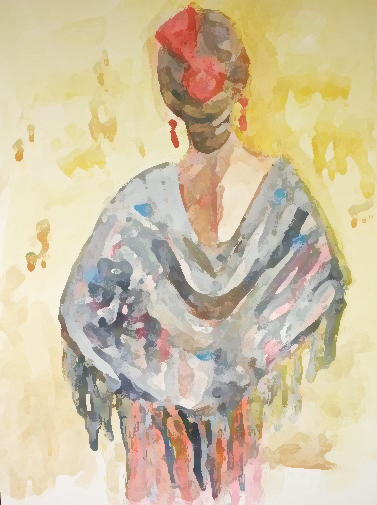 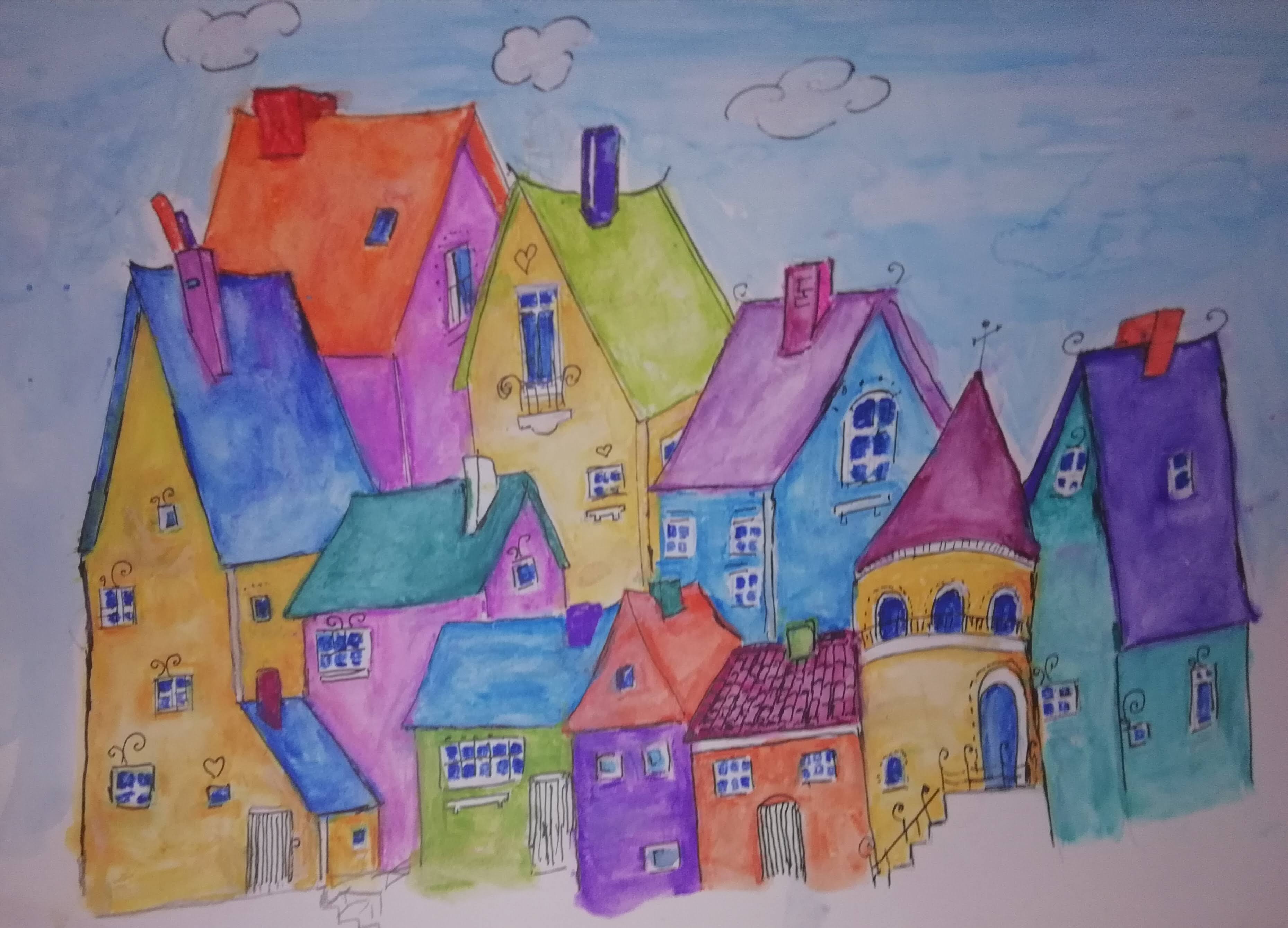 My daily life is a routine, depending on how I feel, I do one thing or another.

What I miss most about my normal "pre-Parkinson's" life is my independence and freedom to go out or come home whenever I please. But as I am quite active, I am always looking for something to do.

You have Parkinson's disease, when were you diagnosed? What were you expecting from this diagnosis?

I have had this disease since birth, but at first I had no symptoms. It is genetic, I inherited two genetic mutations, one from my mother and one from my father. The disease was dormant until it started to manifest itself slowly when I was 15, but nobody thought it was Parkinson's.

When my daughter was born, I was negatively affected by the hormonal change and it was then when the disease started to really show. I took a new test, called "Spet", at the age of 40, and there it was, there was finally no doubt that it was Parkinson's disease. I was not surprised at the diagnosis because it was either that or dystonia. I would even say I was happy to finally know what I had.

Living with the doubt of not knowing what you have is hard.

How did you cope with the news of the diagnosis? Since then, what has been the impact of your condition on your life in general, and do you think that being part of a patient support group has helped you in any way?

It was hard because I had just become a mother and to hear that I had a neurological disease of unknown origin and that they didn't know how it was going to progress was difficult to bear. I cried a lot, for my daughter more than for myself, I had always dreamed of being a mother and it was like a cold shower to me.

It affected my whole world, my dreams, my goals. Everything changed, my life took a huge turn, my past values took the back seat and new problems appeared, problems that I never imagined I would have to face. I had to create a new life for myself, different from the previous one, and this did not only affect me, but also my husband who could not accept my illness, which complicated things.

Thanks to a forum for Parkinson's disease patients, the first one of the sort, I met many other patients who encouraged, supported and helped me a lot; it was called "Rediris". Today, I am still friends with many of them and I cherish all the wonderful moments that we have spent together, they are my heroes.

For those who don't know, can you please explain what a patient support group is? How did you find yours? What do you do together?

A group is like a chat room where patients from all over the world can get in touch with each other, to share their experiences about a common disease. There are many activities, meetings, meetings with doctors to discuss their doubts, informative lectures, exercises to prevent muscles from stiffening. 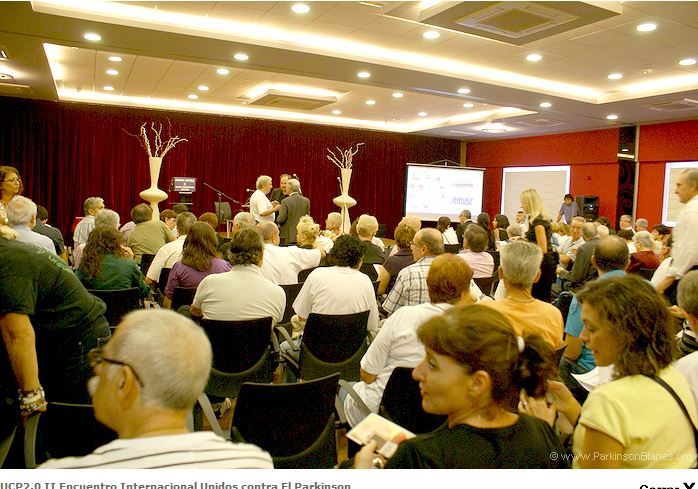 But the best therapy is probably to meet people who know exactly how you feel because they suffer from the same disease as you. No one will understand you better than a patient who, like you, knows the problems that this disease can cause. 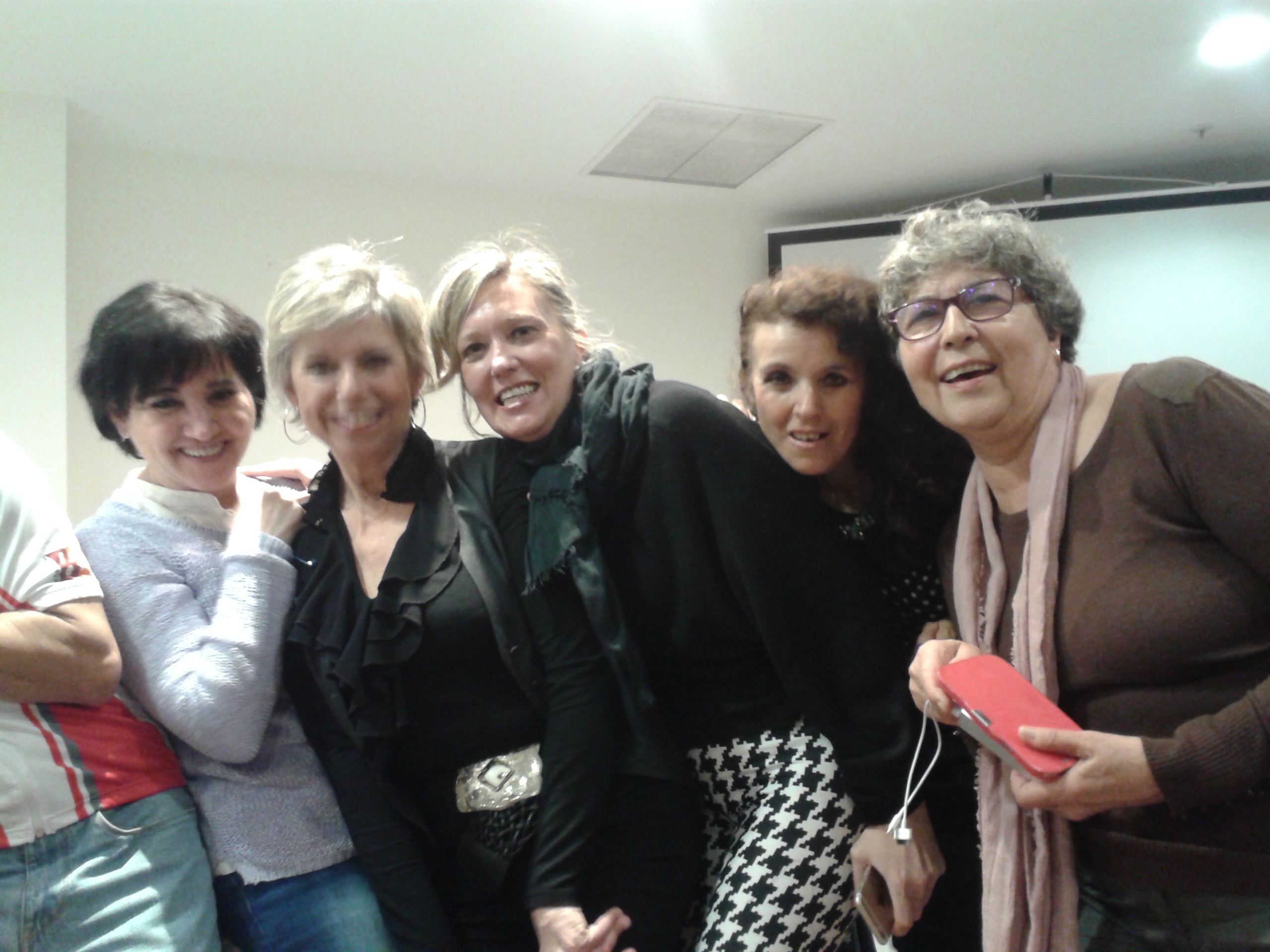 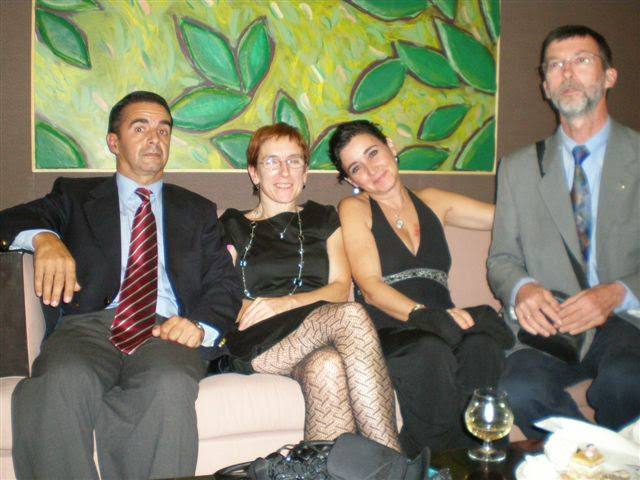 You have also created a music band and an association, could you tell us more about it?

Some subgroups were formed from the initial patient support group, either because people were from the same city or at least living close to each other, or because they were of similar age or had similar tastes, but we are still united as we always have been, and from time to time we meet in Madrid which, as they say, is neutral territory.

A music band has been created in Valencia, the intention is to gain visibility and to have fun as much as possible.

The group is called "La Desbanda": they are nine people with Parkinson's disease who started by learning the basics of music and managed to compose songs and write lyrics.

You can find here a link to a show they gave on 11 April, World Parkinson's Day, a few years ago. I did the accompaniment and backing vocals for a while, but had to give it up because I couldn't always go to rehearsals when I needed to, let alone perform. The group continues and so does the friendship, and they are still waiting for me to get better and come back.

Here is the link to the campaign of our patient support group, "Together against Parkinson's disease", for 11 April, 2020, World Parkinson's Day:

Every act that allows us to explain this little-known disease a little better, to make it more "visible", is a step towards raising the society's awareness of this very serious condition.

Who can explain these things better than the patient who is affected by the disease?

We need more interest from the media, at least for World Parkinson's Day. Awareness and understanding.

How do you think music can benefit patients affected with Parkinson's disease?

Music helps with the rhythm, we need to feel the rhythm in order to walk, so it forces us to walk as if we were in the army because sometimes we get stuck and it is difficult to restart.

In fact, dance is good for improving your movements and regaining coordination.

Even if the music band and the association are not active anymore, are you still part of the support group? What did this experience bring you? Can you share some anecdotes with us?

Once a year or so, we meet for a few days in a different city, but some members of the group can no longer come because of the illness. Others are no longer with us. As I told you, we keep in touch, but the disease is getting worse and time is working against us. 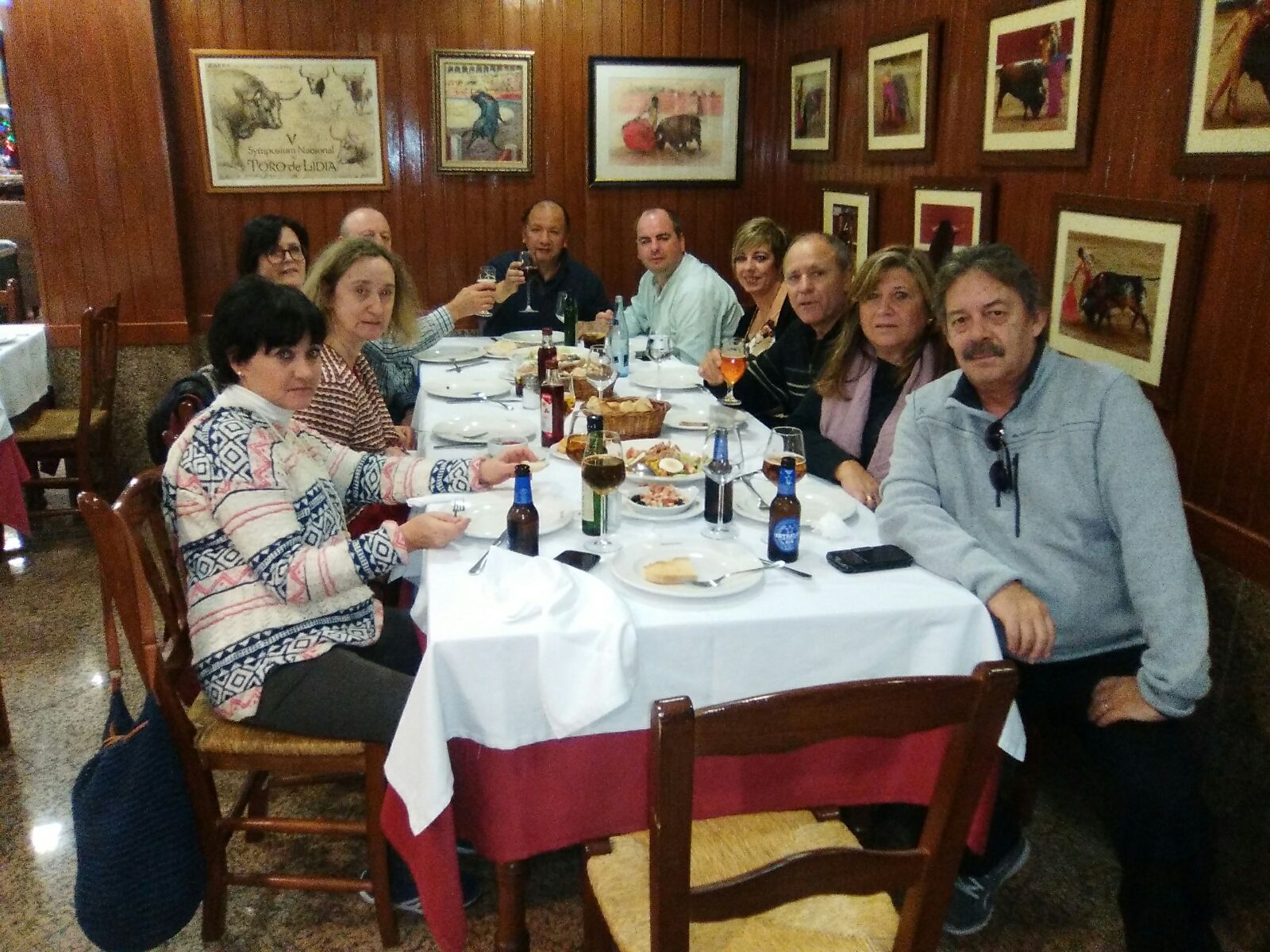 There are lots of anecdotes, for example, one night in Madrid we went to a karaoke bar to get a drink and to sing, which is a good speech therapy. When we got to the bar, there was no one there, but eventually it filled up and we started talking to each other. One of the people approached María (Mami) and asked, "Are these all your children?" 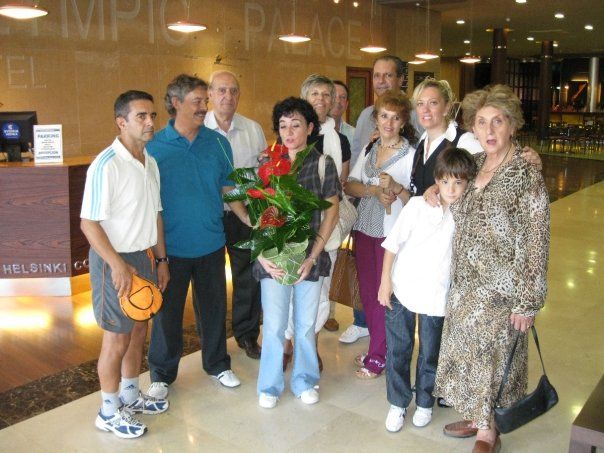 Have you been part of other patient support groups? How do you think they can help?

No other groups, we are a group of many people who have known each other for a long time and new people have joined us, when we have a meeting some can come, others cannot. I have attended almost all the meetings and they are really miraculous, I feel less strange. Also, we usually organise different workshops.

What do you think about online patient forums and communities like Carenity ?

Any physical or virtual place where an unlimited number of people with a common problem can meet up and share their experiences is always a great help.

Carenity informs and also offers games. There should be many more groups like this, and we are grateful for that.

What advice would you give other Carenity members who suffer with Parkinson's disease?

I'm not used to giving advice, but I would tell them to ask questions, participate in surveys and games as much as possible. In general, people should join the group and participate more actively.

At the time when I was diagnosed with my illness, there were not many blogs, groups, online forums and communities like Carenity, I had to look for information by myself and I was lucky because I met wonderful people.

On the Internet there are all kinds of people, healers, crooks, and finding the Carenity community was a great help, not only for me, but for many people. I can only thank them, on behalf of myself and my colleagues, for their work and dedication, I wish I had known them sooner.

Many thanks to Pilar for sharing her story with us on Carenity!