Following a Parkinson disease diagnosis, Daniel began taking medication before opting for deep brain stimulation: thanks to the operation, his symptoms were reduced and his quality of life went up. He walks us through the steps of his journey up to this operation which many patients find frightening.

Hello and thank you for agreeing to talk to us. Could you tell us a little about yourself?

My name is Daniel Schmitt, I'm 61, married and the father of 2 daughters. I've been on disability since March 2016 and I haven't worked since May 2016, when I was laid off due to being physically unfit to work. I'm a very active person, I paint and I write, I even wrote a booked called "Parkinson, ma renaissance grâce à la neurostimulation" ("Parkinson's, my rebirth thanks to deep brain stimulation", link in French) where I try to ease the fear around the operation and where I recommend it to anyone who's eligible to get it.

Since the beginning of this year, I'm also a delegate of the France Parkinson (link in French) association. 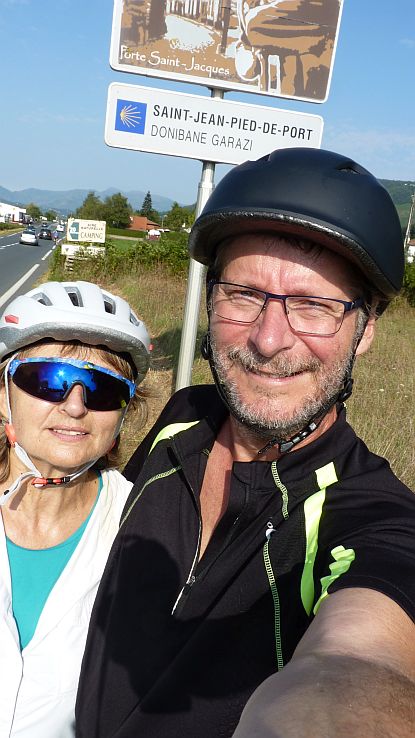 What were the initial symptoms of Parkinson's disease?

My left arms started dangling in a stooped position and sometimes it was as if my left foot were stuck to the pavement unable to move. When I was diagnosed I didn't know much about the illness at all. Apart from the symptoms I just described, I didn't have any other worries and I was able to muddle through my daily occupations.

What treatments were you prescribed?

The only medication I was prescribed was Ropinirole, 12mg in the morning and 8mg in the evening for 6 months after the diagnosis. Then I changed neurologist because I wasn't very satisfied with the one I was seeing. I went to the Parkinson Centre in Strasbourg where my neurologists proposed deep brain stimulation in January 2018.

Was it a difficult decision to do deep brain stimulation?

It was, and that's the reason I wrote the book I talked to you about earlier. I started looking at the reviews people left on the internet and since it's usually the people with the most negative reviews who bother to write them, I lost all desire to continue. Then I decided to talk to people who have already had deep brain stimulation and it was a 180° change. Everyone was happy with the operation: so I said I might as well try DBS too.

The operation consists of inserting two electrodes into the brain and to send an electric charge through 4 cones on each electrode, turning up the current until they get the biggest reduction of symptoms. When they put in the wire, it doesn't hurt at all, you don't feel anything. In fact, you're awake during the entire operation and the neurologist asks you to count to ten or recite the months of the year backwards. They do put you under general anaesthesia when they insert the battery (rechargeable by induction). Everything went extremely well: just two days after the operation, I was walking the way I did before I got sick.

What benefits did you get from deep brain stimulation?

How are you doing now? What treatments are you taking and what are your projects?

I'm alright, I go to hospital every 3 months to re-adjust the electric current and now I'm down to 1.5 Sinemet 100/10 pills every 2 and a quarter hours with 1 Requip 4mg in the morning.

Last August, I did the French part of the Saint-James Trail on a regular bicycle (not electric). 165 km in 5 days all the way to Saint Jean Pied de Port! We're going to Lanzarote in February and I wanted to go to Australia but it's just an idea for the moment. 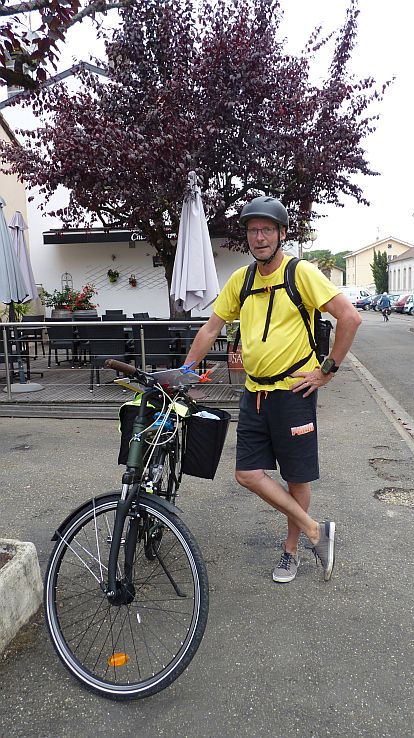 What advice would you give to someone living with Parkinson's disease who is hesitating over whether to do the operation?

If you're eligible for it, do it, it can change your life. But be aware, the age limit is 70; afterwards it's no longer possible. If you still need convincing, take a look at my book and I'm sure you'll be saying yes to a neurosurgeon! But be realistic, it's not a cure, it's an improvement in your quality of life.

Editor's note: This article is not meant as medical advice. Talk to your doctor!

Very encouraging- thank you for sharing your experience.

I had DBS 5 and a half years ago and all they were very difficult decision it is by far the best one I've ever made home now Parkinson's and dystonia medication free and I've not had a dystonia text attack since inserted the probes. Symptoms targeted will my painful stiff joints now all gone tremor now very minimal mostly when I'm stressed and no dystonia attacks whatsoever. Certainly recommend it to anyone who's considering it but would advise them to do their own research and choose their hospital and medical team exceptionally carefully. Recommendations go along way.

I was diagnosed 2 years ago at age 63. Symptoms were tremor in right leg, loss of handwriting ability,My normally beautiful cursive writing was now small cramped printing and soft voice. I also had difficulty rising from a seated position and have balance issues. I started out taking only Azilect, then Mirapex, and then Sinemet. Several months ago I started falling frequently, hence the reason for Sinemet. During the summer of 2021, I was introduced to Health Herbs Clinic and their effective Parkinson’s herbal protocol. This protocol relieved symptoms significantly, even better than the medications I was given. Visit www . healthherbsclinic . com , After First month on treatment, my tremors mysterious stopped, had improvement walking. After I completed the treatment, all symptoms were gone. I live a more productive life. I was fortunate to have the loving support of my husband and family. I make it a point to appreciate every day!