The History of Cancer: Everything there is to know!

One of the leading causes of death in the UK, cancer develops from the uncontrolled growth of abnormal cells in the body, which can take over and destroy normal body tissue.

But what do we know about cancer? Where does the name "cancer" come from? When was the first case of cancer? When did the various cancer treatments first appear? What are the different theories explaining the causes of cancer?

We'll tell you all about it in our article!

Where does the name "cancer" come from?

The word "cancer" is a Latin word meaning "crab". Hippocrates (460-377 BCE) was the first to compare cancer to a crab, using an analogy to described the appearance of breast tumours when they spread over the skin. Indeed, the tumour is centred by a rounded shape surrounded by radiating extensions similar to the legs of a crab.

The comparison to the crab was later taken up by Galen (131-201 CE) who wrote a treatise on tumours and described breast cancer with great precision:

"Many times we have seen a tumour in the breast exactly like a crab. Indeed, as the crab has legs spreading around its body, in the same way are the veins in this illness; they are spread by the abnormal tumour in a shape of crab. We have often cured this condition in its early stages. When it has grown to a considerable extent, no one has cured it without an operation."

What are some of the main theories about cancer?

There have been many theories about the causes of cancer throughout the ages:

When was the first recorded case of cancer?

The first case of cancer was recorded in ancient Egypt. It is described in the oldest known surgical document, the Edwin Smith Papyrus, dating from around 1600 BCE. 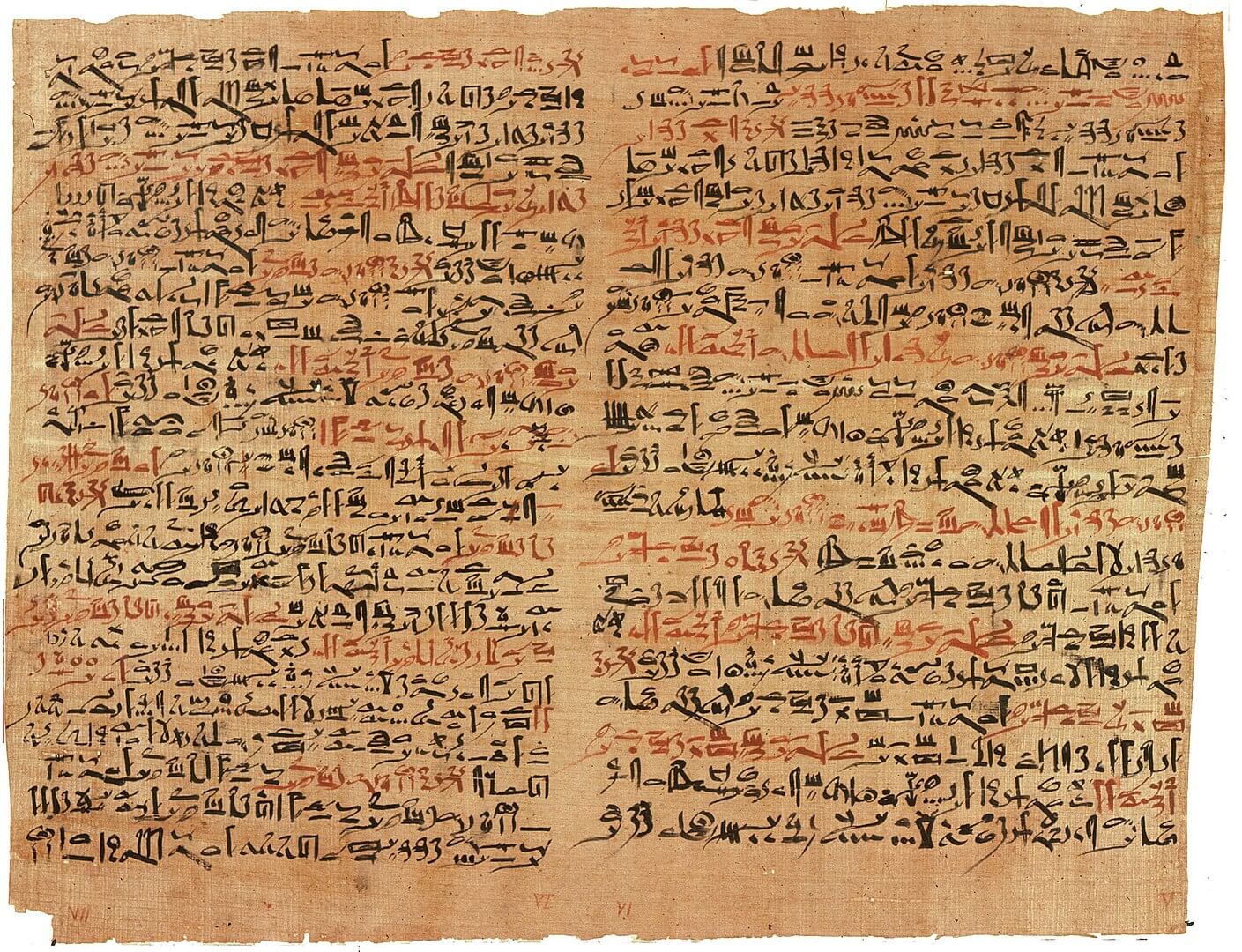 It contains a reference to breast cancer:

"Presence on the breast of spherical protruding tumours, cold to the touch."
First recorded case of cancer, Edwin Smith Papyrus

The papyrus mentions that the unidentified tumours were burned or cauterised with an "inflamed stick".

When did the various treatments for cancer first emerge?

With the increasingly widespread use of sterilisation and disinfection, as well as the use of anaesthesia (William Morton in 1846) for surgery, surgery had its golden age in the 19th century. This allowed the pioneers of surgery to perform operations on tumours such as mastectomies to prevent the spread of cancer.

Wilhelm Conrad Roentgen, a German physics professor, discovered the properties of X-rays in 1896.
Several hospitals around the world then acquired an imaging machine which they used to make diagnoses. It was thus discovered that the radiation emitted by X-rays could treat several skin diseases.

This led to the birth of radiotherapy for treating cancer. However, the side effects quickly outweighed the benefits of this technique.

It wasn't until the end of the 20th century that advances in computer science and physics enabled scientists to map the shape and location of small tumours with accuracy in order to target them more precisely with X-rays.

The 20th century also saw the development of anti-cancer drugs or chemotherapy.

The first of these drugs was mustard gas (nitrogen mustard), which wreaked havoc in the trenches of the First World War.

During the Second World War, the American army found that this product caused a decrease in the number of white blood cells (or lymphocytes) in exposed soldiers. While searching for protective measures against these effects, scientists discovered that nitrogen mustard is effective in the treatment of lymph node cancer (lymphoma) because it attacks these white blood cells.

This product would serve as a model for the chemotherapy drugs that would soon follow.

Great article - much more of this in the fascinating book ' Emperor of all Maladies' by Dr S  Mukherjee - educational, interesting and informative.