Cancer: 'If exercise was a pill it would be prescribed to every patient'

Exercise should be prescribed to all cancer patients, and not to do so would be harmful, some of Australia’s leading experts on cancer have warned. 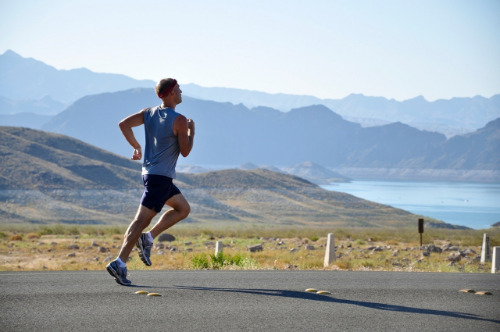 The Clinical Oncology Society of Australia has launched its position statement on the role of exercise alongside surgery, chemotherapy or radiation in cancer care.

Endorsed by a group of 25 influential health and cancer organisations, including Cancer Council Australia, it is the first researcher-led push anywhere in the world for exercise to be an essential component of treatment.

The lead author, Prof Prue Cormie from the Australian Catholic University, said the statement was based on “indisputable” evidence. “Really we are at the stage where the science is telling us that withholding exercise from cancer patients can be harmful,” Cormie said.

“Exercise is the best medicine someone with cancer can take in addition to their standard cancer treatments. That’s because we know now that people who exercise regularly experience fewer and less severe treatment side-effects; cancer-related fatigue, mental distress, quality of life.”

They also have a lower risk of their cancer coming back or dying from the disease, Cormie said.

“If the effects of exercise could be encapsulated in a pill, it would be prescribed to every cancer patient worldwide and viewed as a major breakthrough in cancer treatment,” she writes for the Conversation. “If we had a pill called exercise it would be demanded by cancer patients, prescribed by every cancer specialist, and subsidised by government.”

Gone are the days of wrapping cancer patients in “cotton wool”, according to Dr David Speakman, chief medical officer at the Peter MacCallum Cancer Centre.

“Our attitudes to treating cancer, what it takes to give people their best chance at survival, have to change. All cancer patients will benefit from an exercise prescription.’

Nicole Cooper, 33, was diagnosed with stage 4 bowel cancer last year, and believes one reason she is still alive is the exercise regime she followed while undergoing treatment. “When I received a terminal cancer diagnosis, I was prescribed two potentially lifesaving cancer treatments: chemotherapy and exercise,” she said.

“A year later, I am in remission, having taken just as much exercise as I have chemotherapy.”

Cormie said the evidence-based guidelines recommended people with cancer be as physically active as their current ability and conditions allowed. For significant health benefits, they should aim for at least 150 minutes of moderate intensity aerobic exercise weekly and two to three resistance exercise sessions (such as weightlifting).

“These recommendations should be tailored to the individual’s abilities to minimise the risk of complications and maximise the benefits.”

NB: Make sure you talk to your doctor before starting any physical activity!

I agree totally with the above article... All exercise should be tailored to the individual's abilities and needs. Don't strain the body or the muscles by doing strenuous exercise not meant for you.

Brisk walking or just walking for 30 minutes at least gives one enough exercise on a daily basis.

Cancer: 'If exercise was a pill it would be prescribed to every patient' https://www.carenity.co.uk/forum/cancer/my-library-cancer/cancer-if-exercise-was-a-pill-it-would-be-prescribed-to-every-patient-2337 2018-05-28 13:27:07

Breast Cancer patients discuss the impact of their illness

Hot dogs, bacon and other processed meats cause cancer, WHO declares