Top oncologist to study effect of diet on cancer drugs

A groundbreaking clinical trial on whether diet could boost the effectiveness of cancer drugs is set to be launched by one of the world’s leading oncologists. 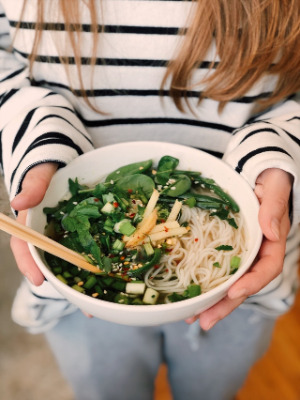 The work, led by Siddhartha Mukherjee at Columbia University Medical Center in New York, will investigate whether a high-fat, low-carbohydrate diet could improve outcomes for patients with lymphoma and endometrial cancer.

The trial, which is initially recruiting 40 patients, is the first in a series of similar interventions being planned at other centres in the US and Europe by members  of a new international working group focused on “rethinking human diets for cancer”, said Mukherjee, who is best known for writing the Pulitzer prize-winning book The Emperor of All Maladies: A Biography of Cancer.

“Physiologically we’re discovering that not every calorie is equal,” he said. “You could have two different diets, equal in terms of energy, but with two very different effects on the cancer.”

The first cohort, who will begin treatment in October, are lymphoma patients with cancers that have not responded to treatment. They will be followed by endometrial cancer patients, and the team is awaiting approval to treat women with drug-resistant breast cancer.

The patients will be treated with a licensed drug, Aliqopa, that has previously been shown to have limited effects in such patients. However, recent animal studies, including a paper this week in Nature from Mukherjee’s lab, suggest its effectiveness could be significantly boosted when combined with diet changes aimed at lowering insulin levels.

To achieve this, patients will be put on a so-called ketogenic diet (high in fat, low in carbohydrate, normal protein). “If you combine them with a diet which [keeps insulin low], all of a sudden these drugs become effective,” said Mukherjee, referring to the Nature study. “The diet really works like a drug.”

The team arrived at the idea after being involved in trials of drugs that, like Bayer’s Aliqopa, were designed to target one of the most common cancer mutations, called PI3K, that is present in up to 40% of breast cancers.

Despite major pharmaceutical industry investment a decade ago, none of the drugs aimed at PI3K have a major impact on survival rates. “There was an enormous amount of hype around these drugs, huge investments of the order of billions of dollars,” said Mukherjee.

Mukherjee and colleagues noticed that a high proportion of patients on one of the original trials had become diabetic, and after initially dismissing this as a drug side-effect, they began to investigate. They discovered the drug was interfering with one of the body’s main metabolic circuits, causing a spike in insulin production, which had the effect of reactivating the mutated genetic pathway that was helping cancer cells proliferate and spread.

“It may be the central reason we don’t get effectiveness,” said Mukherjee.

The trial will be among the first to investigate whether diet can be used to boost the effectiveness of drugs, but others are expected to follow in the next few years.

“There’s been so much over many, many years in terms of diet and what you should and shouldn’t eat to help in terms of cancer therapy,” said Prof Karen Vousden, Cancer Research UK’s chief scientist, based at the Francis Crick Institute in London and a member of the international working group. “There’s a lot of black magic and old wives’ tales. None of it is really based on any evidence.”

In some cases, Vousden added, what might intuitively seem correct – giving patients on chemotherapy a sugary drink, say – might not be the optimal way to boost calorie intake. “We want to champion the idea that you give dietary advice based on hard evidence,” she said.

Vousden’s work has shown that cancer cells are disproportionately dependent on dietary sources of an amino acid called serine. Healthy cells can produce their own serine, but cancer cells are less capable of doing this, and animal studies have shown that cutting dietary intake of the substance makes cancer more vulnerable to drugs.

Serine is present in most dietary protein, so if clinical evidence supported such an intervention in the future, this might mean patients being placed on an extremely low-protein diet, supplemented with a serine-free protein shake.

Both Vousden and Mukherjee say they would discourage patients from putting themselves on diets after reading about the latest findings. There is no evidence that the ketogenic diet, for instance, would be helpful on its own – in fact, for leukaemia it appeared to accelerate the disease’s progress.

“We are not suggesting that people go out there and self-medicate with these diets,” said Vousden. “We’re looking at it more from the way we’d look at any other drug.”

Prof Greg Hannon, director of the Cancer Research UK Cambridge Institute, recently discovered that a compound found in asparagus called asparagine appears to drive the spread of cancer. The study, in mice, showed that animals with breast cancer had a dramatically reduced rate of secondary tumours when asparagine was either blocked using a drug or cut from the diet.

“The holy grail is finding something that cancer cells are uniquely dependent on,” said Hannon. “By depriving them of that resource it makes them more vulnerable to things that we already use to treat patients.”

I agree with the last paragraph of this article from Professor Greg Hannon. I have never heard of cancers being caused by a diet.

Many patients with epilepsy try the Ketogenic Diet... Regret this diet had no effect on my seizures.

Breast Cancer patients discuss the impact of their illness

Hot dogs, bacon and other processed meats cause cancer, WHO declares