A 'ground-breaking' clinical trial has been launched in Cardiff to help prevent and manage Type 1 diabetes. 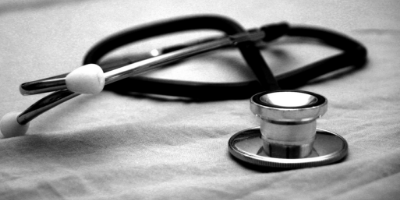 The Clinical Research Facility at Cardiff and Vale University Health Board has dosed the first patient in the world with the new investigational drug. It aims to help the regrowth of insulin making ‘beta’ cells of the pancreas, which are lost in patients living with the disease.

So far, the drug appears to have had no major side-effects, but it is too early to say if it has been effective. The Cardiff team is hoping to attract up to eight adult volunteers to take part in the clinical trial who have had diabetes for more than two years.

"Despite everything achieved in diabetes care, advances in prevention haven’t really occurred. More insulin-producing beta cells are needed for those with this form of diabetes and it is estimated that 90% of patients with Type 1 diabetes have less", added Dr Mohammad Alhadj Ali.

Would you be interesting in trialing this medication?

Wishing you every success with this study and may this new drug help with the regrowth of insulin!

This would save so much time and effort with those who have to inject themselves with insulin daily... It would be so much easier to 'pop a pill'!

Hoping eight adult volunteers can be found soon to take part in this great clinical trial!

@lesmal Yes, it would be great to change the method that diabetes sufferers can receive their insulin and make it easier for them.

It will be interesting to see how this study advances.

I would be very interested in taking part in this trial, if anyone from the team can contact me, my email address is janehewitt50@sky.com

This is very exciting. Hope eight volunteers have been found, if not?  Young 48 year old (me) would definitely be willing to move to Cardiff to get involved. Good luck

I would be very interested in having a trial of this treatment. I have been a Type 1 diabetic for 47 years, so any alternative treatment would be exciting.

I would be very interested my email is kellykoa2012@yahoo.co.uk

I forgot to say I have been diabetic since age 11, and I am now 68, so would certainly be willing to one of the volunteers janehewitt50@sky.com

@lesmal  I do not mind being a volunteer for this

@JaneHewitt I'm not the one looking for volunteers... Perhaps contact @JosephineO‍ for more details!

What do you think about insulin pump?

What do you think about insulin pump?

Tips for lowering the glycaemic index (GI) of your meals!

Diabetes: hypoglycaemia, hyperglycaemia and ketoacidosis - everything you need to know!

Diabetic nephropathy: Everything you need to know!

Diabetic foot: What are its causes and symptoms? How can it be prevented?

Specialists Call for Gastric Surgery to Be Standard Diabetes Treatment